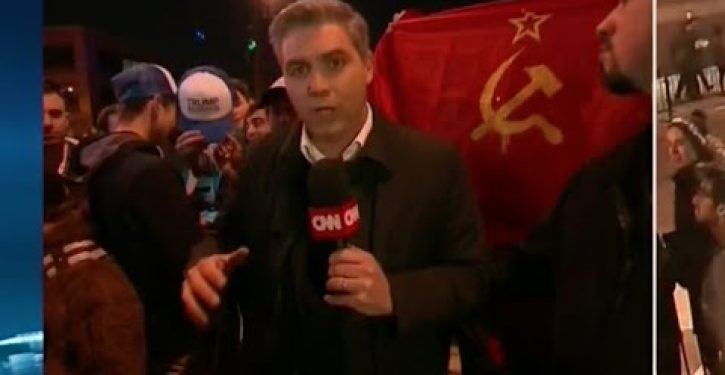 Well, sure.  Because how else would you celebrate a political victory for justice, inclusion, and peace?

On the theory that Twitter will probably remove this tweet at some point, here’s a screen cap.

There isn’t really anything in this individual’s Twitter account to indicate where he was during the protest.  He did promise earlier in the evening to loot.

His intention to shut down the Trump rally was clear.

For some reason, Chicago’s restrictive gun laws didn’t prevent this arguably irresponsible use of a firearm.  But I’m sure Mr. Williams has a proper permit for it.

I don’t imagine he approached the Friday night protest with a systematic ideological perspective.  But some of the anti-Trump crowd did.