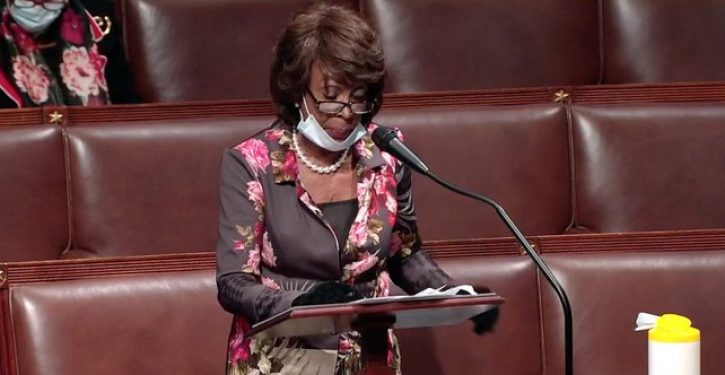 Last Wednesday, Maxine Waters, the California Democrat obsessed with impeachment and thoroughly debunked conspiracy theories involving Russia, issued a tweet full of lies, fake news, and conspiracy theories concerning the administration’s motives in wanting to reopen the economy. In Waters’s world, it can’t be because the country is suffering mightily while businesses remain shuttered or the unemployment rate is the highest it’s been since the Great Depression. Rather it’s all about re-asserting white power.

Trump doesn’t care about the 80,000+ people who’ve died from #Coronavirus! He only wants to open up the economy so he can go back to having his white power pep rallies! The death & economic devastation we are facing is b/c Trump failed to act early & called #COVID19 a HOAX!

Where to begin? For starters, Donald Trump never called the virus a hoax, but why should that bother Waters, who hears only what she wants to hear? (Related: Lying Liberal Media Falsely Claims Trump Called Coronavirus A ‘Hoax,’ Here’s What He Actually Said (Video)) As for acting early, Trump was taking measures while Waters and her fellow co-conspirators were engaged in a sham impeachment coup.

Despite Waters’s assertion, Trump never referred to the virus as a “hoax.” The left-wing talking point was birthed following a February rally in Charleston, South Carolina. The president told the crowd that Democrats were “politicizing the coronavirus” — an assertion that has proven to be true in recent weeks, given the Democrats’ repeated attempts to pack party agenda items in coronavirus relief measures. Trump added that Democrats’ desire to blame him is the “new hoax” — not the virus itself.

Waters’ remarks come as Americans across the country demand their leaders to reopen the economy so they can return to work and resume their livelihoods. Jobless claims now stand at roughly 36.5 million since the start of the pandemic. However, some leaders, like Pennsylvania Gov. Tom Wolf (D), are remaining obstinate, while other governors, like Georgia’s Gov. Brian Kemp (R), are allowing their states to slowly return to normal.

Waters, by the way, has admitted that she doesn’t want to see the economy opened back up. During an interview on Spectrum News 1’s “Inside the Issues,” she had this to say:

So we’re doing everything that we can give support to our constituents, to our citizens, to the people who work every day, who have families to take care of. So if we do that, this will support our states and our governors and not having to open back up. So that you know the small businesses that are in direct contact with people nail shops, beauty shops, barbershops, flower shops, these are people in touch with folks every day, and they’re risking their lives, and we don’t want them opened up. …

At this point, Democrats like Waters are causing more damage to America than any pandemic could ever do. 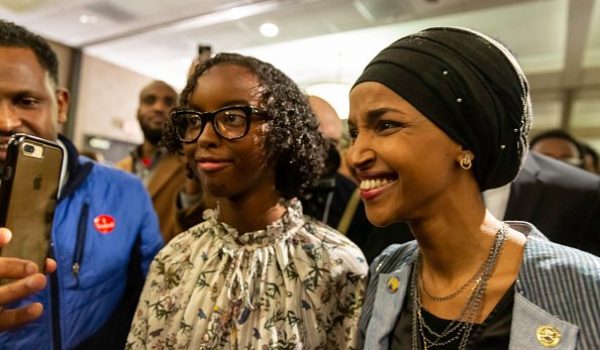 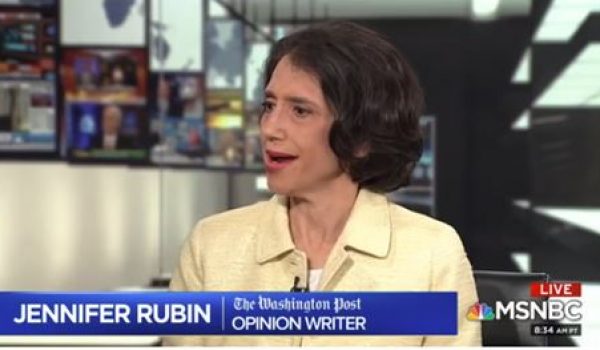