And speaking of civility, Mike Malloy, a radical left talk show host whose antics have been grist for previous columns at LU, came up last month with a novel idea for silencing open carriers. No, shouting them down wouldn’t be quite outrageous enough for a certifiable lunatic like Malloy. His plan is to get them assassinated by the police.

Malloy articulates his plan in an audio clip found here. The transcript follows:

I guess what I’ll do if I’m ever in that situation and I see one of these half-witted yahoos walking in with a weapon, high-caliber rifle like that, I’ll just put on a berserk act.I will just start screaming Gun! Gun! Gun! Watch out, everybody hit the deck! Guns! Guns! Everybody! And then dial 911 and I will say, shots fired, which will bring every g**-damned cop within 15 miles. And then the half-wits with the long guns are going to panic and they’re going to run out of the store and if that rifle isn’t shouldered properly, the cop is going to take a look at that and put a bullet right in their forehead.

Libs should feel so proud. 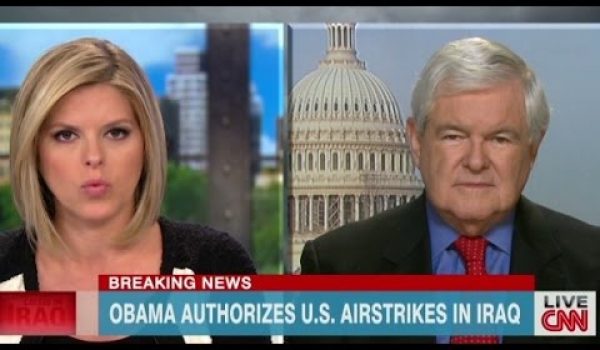 Newt Gingrich: ‘Our goal should be to destroy ISIS’ (Video)
Next Post
Picture of the Day: A preview of the midterm elections?