The recipe is simple: Take one portly has-been TV cook and one black teen killed in a scuffle in a small Florida town. Shake vigorously, and serve up cold on the small screen. That dish is slated to appear on the fall menu of the TV drama series “Law and Order: SVU.” (SVU for the uninitiated is short for “Special Victims Unit.” And to be sure, you don’t get more special than Trayvon Martin, whose death at the hands of a “white Hispanic” was a front-page sensation for more than a year.)

This sounds so much like a send-up that I hesitated putting the headline to paper. My immediate source, however, is Matt Sheffield of Newsbusters, whom I’ve never known to joke in print. “You can’t make up this kind of absurdity, he writes in this post. “People wouldn’t find it credible.”

Many still won’t despite Sheffield’s assurances (confirmed by producer Warren Leight) that the episode is currently in production and set to air in October with Cybill Shepard as Deen.

If the story is a spoof, then NBC News was also “had.” It quotes Leight as telling Entertainment Weekly, which broke the story:

Racial profiling, needless to say, was ruled out as a contributing factor in the trial of George Martin after the FBI thoroughly explored that angle and dismissed it. So for that matter did Marrtin family attorney Daryl Parks, who lied to the press in June, claiming, “We never said this was about race.” (In point of fact, Parks said before the case went to trial, “He [Trayvon Martin] was profiled. George Zimmerman profiled him.”)

No word has been given on the motivation for the fantasy crime. (Maybe the story writers will have Martin criticizing Deen’s fabled bacon-egg-and-donut burgers.)  There is no information either on who will portray the slain teen. I would like to recommend Ben Affleck, if popular opinion prevails and he is drummed from the role of Batman. 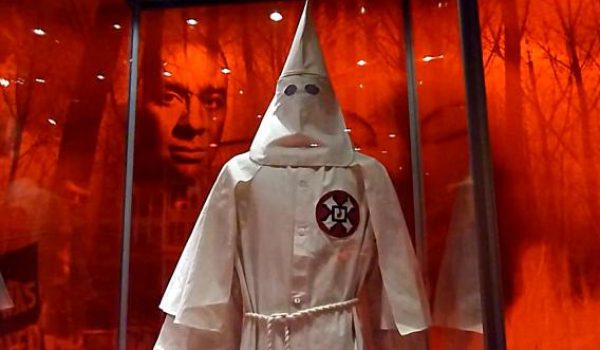