There has been a drastic reduction in crime in the United States over the past 40 years, including violent crime, with and without assault weapons bans, primarily due to demographics and tougher sentencing. An aging population commits less crime. Americans reacted against the lax, criminal-coddling liberal Democrat laws and Supreme Court rulings of the late 1960s and early 1970s with more copy cats of former Mayor Rudy Giuliani’s tough anti-crime tactics than of hip hop gangstas.

Result: reductions in crime so drastic that while Chicago was awash with murders relative to the rest of the nation in 2012 with 532, that number is nearly half those committed in the Windy City every year of the early ’70s.

Since the Federal Assault Weapons Ban expired in September 2004, murder and overall violent-crime rates have fallen. In 2003, the last full year before the law expired, the U.S. murder rate was 5.7 per 100,000 people, according to the Federal Bureau of Investigation’s Uniform Crime Report. By 2011, the murder rate fell to 4.7 per 100,000 people. One should also bear in mind that just 2.6% of all murders are committed using any type of rifle.

Throughout the last 40 years, marked by the drop in violent crime, Americans have bought more guns with great firing capacity and secured the right to concealed carry in more and more states. And while the number of high-profile mass murders have remained constant, there does seem to be a gun rights-related factor significant to their occurrence:

With just a single exception, the attack in Tucson last year, every public shooting in the U.S. in which more than three people have been killed since at least 1950 has occurred in a place where citizens are not allowed to carry their own firearms. Had some citizens been armed, they might have been able to stop the killings before the police got to the scene. In the Newtown attack, it took police 20 minutes to arrive at the school after the first calls for help. [Emphasis added]

We think concealed carry and other laws expanding lawful gun rights have an exponentially greater effect at reducing all crime, including violent crimes of all types, that is literally incalculable: the dogs that don’t bark, i.e. crimes not committed due to the fear of would-be criminals that they will be killed if they, murder, burgle or rob. Add to that, the number of times that lawful gun owners use their weapons via brandishing or firing, and voila! Another positive development due to conservative values goes un-celebrated by liberal Democrats. We lost count of the number of murderers that could write a poem and claim they weren’t read their Miranda rights for whom liberal Democrats have tried to win early parole, but I digress.

Thankfully, the U.S. Supreme Court in recent years issued its first two decisions (DC v. Heller in 2008 and McDonald v Chicago in 2010) in 236 years of Second Amendment jurisprudence that made clear its protection of the natural law that preceded the Constitution entitling all free persons to defend themselves. So far, that right has been made specific with respect to the defense of one’s home with arms, but in Moore v. Madigan (2012):

[The] Seventh U.S. Circuit Court of Appeals… gave the Legislature in Springfield [IL] 180 days ‘to craft a new gun law that will impose reasonable limitations, consistent with the public safety and the Second Amendment . . ., on the carrying of guns in public.’

In the Moore case–the plaintiff, incidentally, is named Michael Moore, though we’re pretty sure it’s not the porcine propagandist behind ‘Bowling for Columbine’–the state asked the court to disregard binding precedent and adopt a cramped reading of the amendment that would protect the right to keep and bear arms only in connection with ‘militia duty.’ As Judge Richard Posner notes, ‘The Supreme Court rejected the argument.’

The state, Posner continues, asks him and his colleagues ‘to repudiate the [Supreme] Court’s historical analysis. That we can’t do. Nor can we ignore the implication of the analysis that the constitutional right of armed self-defense is broader than the right to have a gun in one’s home.’

The latter right was at issue in both Heller and McDonald, but, as Posner notes:’Heller repeatedly invokes a broader Second Amendment right than the right to have a gun in one’s home, as when it says that the amendment “guarantee[s] the individual right to possess and carry weapons in case of confrontation.”‘ A man’s home may be his castle, but when he goes out, the Constitution goes with him.

Finally, we would caution against calls for drastic changes in gun permit laws based upon determinations of disqualifying mental illness, unless those changes merely restore the rights to involuntarily commit those that pose “an unreasonable risk of danger to themselves and others” that existed before the Democrats granted the insane the right to be homeless.

If an individual is truly a danger to himself or others, shouldn’t he be judicially committed and not merely denied the right to legally own a gun while still free to pose dangers to others outside of an insane asylum? We think so, and we would certainly oppose denials, whether judicial or otherwise, of the right of self defense to the mildly depressed. 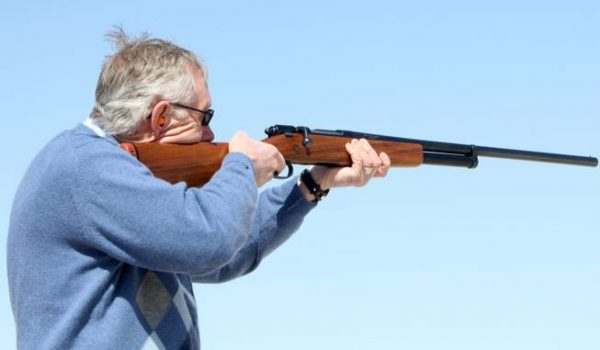 Government officials can still own assault weapons under Feinstein bill
Next Post
Schumer: Beyoncé has not apologized to me for lip-synching National Anthem