In August 2011, I first wrote about something I call the “Democrat-media complex,” the all-too-cozy relationship that causes many in the media to slant their reports in favor of Democrats. On Thursday, Rolling Stone reporter Michael Hastings told MSNBC’s Martin Bashir that the relationship is so cozy that some journalists actually “lose their minds” and even “swoon” over Barack Obama.

“But that’s the presence of Obama, even on the press corps – even on the people who follow him every day – when they’re near him, they lose their minds sometimes,” Hastings told Bashir. “They start behaving in ways that are juvenile, and amateurish, and they swoon.”

Hastings even admitted that he, too, sometimes gets caught up in Obama’s “presence,” The Blaze reported.

When he first met Obama in Iraq in 2006, Hastings recalled that he had an opportunity to ask tough questions but was unable to do so and consciously decided to ask him soft questions instead.

In his book, “Panic 2012,” Hastings recalled an anecdote in which a Wall Street Journal reporter used a sock puppet to interview the president.

“It was a puppet that looked like Obama,” he said.

Last October, former Democratic strategist Pat Caddell warned that the media had become “the enemy of the American people,” and was suppressing news that would be harmful to Obama.

After the election, a survey showed that a vast majority have no confidence in the so-called “mainstream media.”

“We might have a conflict of interest in the media,” Jason Howerton wrote at The Blaze. 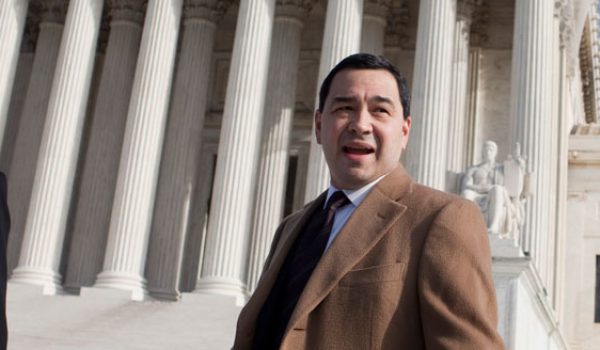