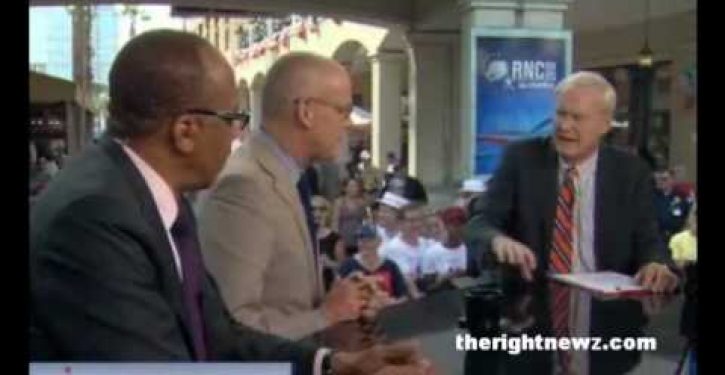 For those unfamiliar with the name, Touré is an MSNBC host who fancies himself an expert on racial “code language.” The needle on his race-ometer leaped into the red zone in August when then-candidate Mitt Romney accused the president of attempting to turn Americans against one another and invited him to take his “campaign of division and anger and hate back to Chicago.”

To the untrained ear, the remark sounded harmless enough. To Touré, however, the word anger was a racial cue. Romney, he explained, was reaching down and dredging up “some really deep stereotypes about the angry black man.” He went so far as to mint an obscene coinage—n**gerization—to describe the former governor’s ugly put-down.

Which brings us to Thursday and the most recent example of n**gerization. This time, however, the n**gerizee was Romney, whom the president (the n**gerizer) invited to lunch at the White House. The Wall Street Journal reprints the official White House statement:

This afternoon, President Obama and Governor Romney visited for an hour over lunch in the Private Dining Room adjacent to the Oval Office. Governor Romney congratulated the President for the success of his campaign and wished him well over the coming four years. The focus of their discussion was on America’s leadership in the world and the importance of maintaining that leadership position in the future. They pledged to stay in touch, particularly if opportunities to work together on shared interests arise in the future. Their lunch menu included white turkey chili and Southwestern grilled chicken salad. [Emphasis]

The offending code words are highlighted, but the slur is so blatant that readers would have almost certainly have picked up on it on their own. The president via the menu choice is calling his former opponent a “white turkey” and intimating that the man he depicted during the campaign as a heartless outsider is “chilly.”

For anyone who hasn’t yet sensed the underlying “/sarc” tag—pseudo-HTML for sarcasm—the previous paragraph is intended as tongue-in-cheek. It is meant to underscore the observation that the most innocent gesture can be read as racist by those bent on doing so. Touré and company, that means you.

Previous Post
Judge Kelley: To heck with students; it's the schools that matter!
Next Post
Racist Hillary Clinton prefers John Kerry to Susan Rice as replacement