“I just apologize for the situation — I just don’t know right now.” That was the statement 30-year-old Kenneth Johnson made to Fresno police when they arrested him on Nov. 20 for beating 14-month-old Jose Luis Espinoza to death.

There was never any question of Johnson’s guilt. He confessed almost immediately to having “lost control” and killed the child because it would not quit crying. According to NBC affiliate KFOR, Johnson’s girlfriend, who was babysitting the child at the time, had filed a restraining order against Johnson earlier that year, but the child’s mother knew none of this history.

But the real shocker came yesterday when the District Attorney’s office announced that it would not charge Johnson. This despite an autopsy that showed that the child has suffered internal trauma.

The police say they are confident Johnson is guilty. So does the baby’s mother, who maintains that her baby was happy and healthy.

The DA’s office said simply that it has no further comment on this case. And the Fresno Police Department said thay their detectives have been asked not to submit more evidence.

Instant karma? Protester setting fire to American flag sets fire to himself
Next Post
Video: Are regulations causing pain at the pump? 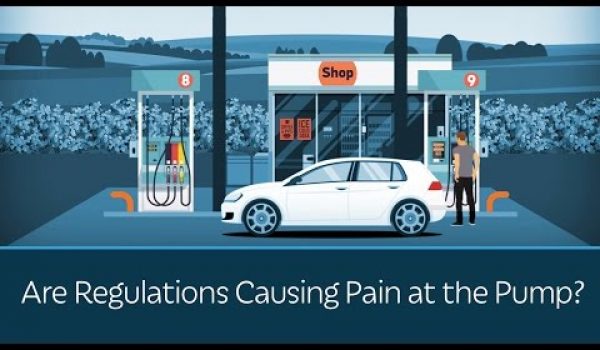