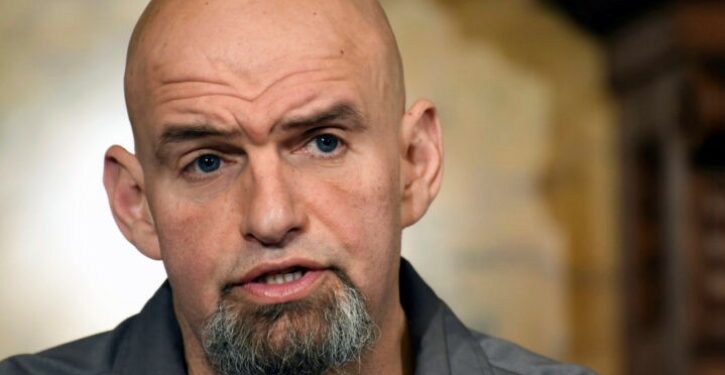 John Fetterman speaks at a 2021 news conference in Harrisburg.
By Carrie Sheffield

From banning fracking to destroying small businesses, Pennsylvania U.S. Senate candidate John Fetterman’s economic policies would be a disaster for the Keystone State.

Fetterman previously pledged to ban Pennsylvania fracking and nationally ban new fossil fuel leasing. Now that he won his primary, Fetterman is trying to backpedal and said he now opposes such a ban if there were enough taxes in place. But the truth is, Fetterman said he and socialist Senator Bernie Sanders “agree on virtually every issue,” and Sanders introduced a bill with Rep. Alexandria Ocasio-Cortez (D-N.Y.) to ban fracking.

Fetterman said he’d co-sponsor the Keep It In The Ground Act, a federal bill that would ban new oil, gas and coal leasing on federal lands. And he’s also backed a complete moratorium on fracking in Pennsylvania, according to Pennsylvania Voters Against Fracking. (RELATED: MURDOCK: Criminal Mayhem Is Devouring America’s Cities — There’s Only One Solution)

“The industry is a stain on our state and natural resources.” Fetterman wrote in a Reddit post during his failed 2016 Senate race. “I’m not pro-fracking and have stated that if we did things right in this state, we wouldn’t have fracking,”

Fetterman also says if elected he would “proudly support the PRO Act” in Congress, even though — as similar real world cases show in California, where a similar law already exists — it ruins small businesses run by freelancers and independent contractors.

Fetterman doesn’t even know how to manage his own economic affairs, with records showing tax liens totaling $25,000 were filed against Fetterman and nonprofit Braddock Redux for his unpaid taxes.

Crime destroys the economies of majority-minority communities, yet Fetterman apparently wants more crime. In 2020, Fetterman said “I agree with” releasing one-third of the prison population, which he claimed would make everyone “safer or better off.”

Fetterman also said if he had a magic wand to “fix one thing,” he would end “life without parole” for murderers, and during Fetterman’s time as mayor, violent crime, property crime and larceny-theft in Braddock spiked, despite a population decline.

As lieutenant governor, Fetterman chairs the state Board of Pardons and has voted to release more criminals sentenced to life in prison than any other member of the panel, including a man who murdered an 18-year-old for heroin money.

According to multiple reports, in 2013, while Fetterman was mayor of Braddock, Pa., he suspected an innocent black male jogger of committing a crime. But vigilante Fetterman stalked this black jogger in his pickup truck and pulled a 20-gauge shotgun on the jogger, using the gun to detain him until police arrived.

The jogger was innocent of any wrongdoing and completely cleared, and Fetterman admitted, “I believe I did the right thing, but I may have broken the law during the course of it.” That act alone is disqualifying for a U.S. senator, especially one who claims to be a warrior for racial justice.

On 9/11, Fetterman held a campaign rally not to commemorate the anniversary of the terrorist attacks, but rather a pro-abortion pep talk with a Planned Parenthood activist who wants to defund police, the Washington Free Beacon reported.

Fetterman is only agreeing to just one debate on Oct. 25, very close to the election, just barely squeaking by. Pennsylvania deserves more from a senator than someone who struggles to string a coherent sentence together yet also aligns with people crafting the most destructive economic policies. 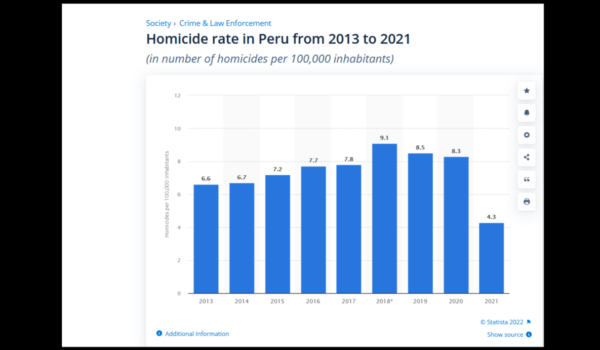 Homicide fell by half in Peru during devastating pandemic, showing pandemic didn’t cause America’s spike in violence
Next Post
Judge: Muslim felon had no religious right to own gun for self-defense