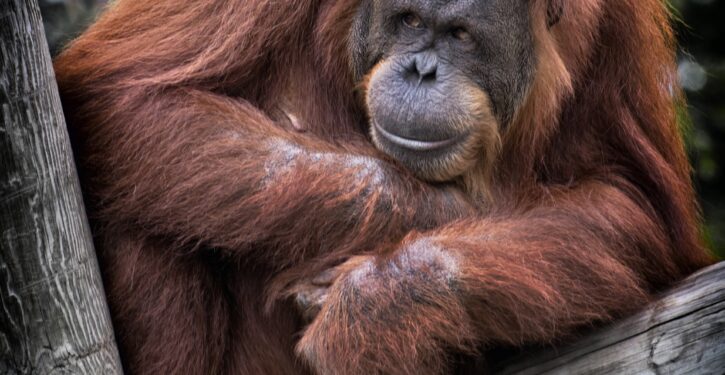 An orangutan from Safari World in Bangkok, Thailand, got a little fresh with a tourist Monday, and the frisky moment was captured on camera in a now-viral video.

The zoo allows visitors to interact with orangutans that roam freely in an enclosed space, TMZ reported Friday. One particular guest got more than she bargained for when an adventurous orangutan copped a feel of her breast and continued with its intimate advances. The video showed the female tourist sitting on a swing for a photo op when the creature appeared behind her and quickly reached for her breasts.

The woman appeared visibly surprised at where the orangutan’s hands landed, but she was a real champ about the situation and sat relatively still for the majority of the encounter, the video showed.

With one hand on each of her breasts, the animal could be seen tapping its fingers on her chest a few times before flashing a massive smile on its face, baring all its teeth in the process.(RELATED:  BARR: If Non-Human Animals Are Granted Human Rights, Will They Be Allowed To Vote?)

The video showed the woman breaking out in a fit of laughter as the person behind the camera continued to record the unexpected encounter. The orangutan, seemingly very aware of its actions, was seen leaning in toward the female tourist and giving her a kiss on the cheek.

The orangutan combined the smooch with the breast-grab, and it caused the woman to close her eyes as she continued to laugh about the bizarre situation she had found herself in. 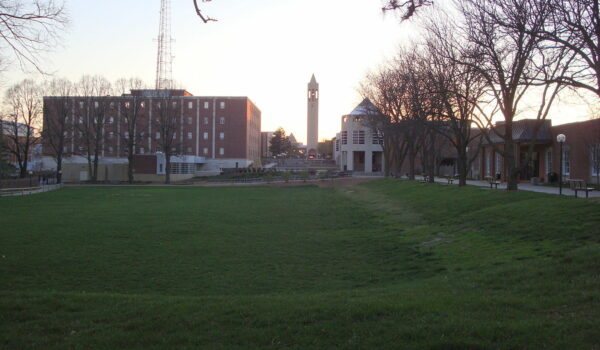