Much of the trillions of dollars in spending on coronavirus relief was wasted, and upwards of $100 billion was stolen. Bloomberg News reports on a classic example:

In recent court filings, the Federal Bureau of Investigation has described a “massive fraud scheme” in which nonprofit organizations in Minnesota illegally diverted aid money intended to feed needy kids and used the proceeds “to purchase real estate, cars and other items.” All told, the groups received some $65 million from federal food programs during the pandemic.

While shocking, the incident is by no means anomalous. As Congress has doled out almost $6 trillion in relief funds, crooks and con men have lined up to get their share. They’ve created fake companies, stolen identities, invented employees, misstated their earnings, and otherwise conspired to siphon off taxpayer money. The Secret Service, which has opened more than 900 Covid-related criminal cases, estimates that $100 billion may have been misappropriated.

Even that may be understating the problem. As little as 23% of the $800 billion doled out by the Paycheck Protection Program actually found its way into workers’ pockets. A Department of Labor study estimated that more than $87 billion in emergency unemployment benefits were improperly paid. The Small Business Administration has (among other blunders) disbursed more than $6.2 billion to loan applicants it now suspects of identity theft. Somehow, the Internal Revenue Service managed to issue 2.2 million stimulus checks — worth about $3.5 billion — to dead people.

Only in government could such calamitous neglect be considered business as usual.

Foreign criminals received countless billions of dollars from America’s pandemic unemployment funds. Such handouts were paid for with government borrowing that has increased America’s national debt to a point where it is now much bigger than our economy.

The New York Post suggested that half of America’s pandemic unemployment money may have been stolen, with foreign scammers collecting most of the stolen money:

Fraudsters may have plundered as much as half of the unemployment benefits that the U.S. pumped out in a hurry during the pandemic.

Blake Hall, CEO of ID.me, a fraud prevention service, told Axios that the US has lost more than $400 billion to crooked claims.

The U.S. may have been robbed of as much as half of all money given out through unemployment benefits during the pandemic, Hall told the outlet.

Haywood Talcove, the CEO of LexisNexis Risk Solutions, estimated that most of the stolen money, at least 70 percent, probably ended up outside the U.S., according to Axios.

Much of the pilfered funds likely went to criminal syndicates in China, Nigeria, Russia and elsewhere, he said, according to the outlet. “These groups are definitely backed by the state,” Talcove told Axios.

A lot of the money was also likely stolen by U.S. street gangs, who have been taking a greater share of the stolen funds in recent months.

U.S.-based criminals also profited enormously from COVID relief legislation. In 2021, California officials acknowledged they may have paid as much as $31 billion worth of unemployment funds to criminals, in massive insurance scams. The true amount of fraud may be far higher.

In a conference call, Julie Su, secretary for the California Labor and Workforce Development Agency said, “Of the 114 billion dollars in unemployment paid by California since March, approximately 10% has been confirmed as fraudulent. An additional 17% of the paid claims have been identified as potentially fraudulent.”

“There is no sugar coating the reality, California did not have sufficient security measures in place to prevent this level of fraud,” Su said.

Amazingly, President Biden nominated Su to be Deputy Secretary of Labor. She was later confirmed on a party-line vote by the Senate. As Tom Manzo noted in The Hill,

Countless Californians, ranging from business owners to those struggling on unemployment, have suffered because of Su’s incompetence. While Su was at the helm…the “most significant fraud on taxpayer funds in California history” took place at the Employment Development Department (EDD). Here’s how it went down. Prior to the pandemic, the EDD failed to update its outdated system, even though California had set aside $30 million for a modernization effort more than four years earlier. Under Su’s leadership, this crucial update never made it out of the “planning stages.”

When the pandemic hit, millions of Californians tried to apply for desperately needed unemployment insurance benefits. In response, the EDD’s system crumbled, and Californians seeking help were abandoned. Fewer than one percent of calls were answered by the agency helpline. As many as 1.8 million Californians suffered without their payments. The outrage was so great that state leaders demanded an auditor look into the problems plaguing the EDD. While investigating the website debacle, the audit also uncovered massive fraud that was taking place during the same time period.

Not all criminals get COVID relief payments due to fraud or scams. Some legally qualify for payments, because the coronavirus relief legislation was deliberately written to include prisoners in the U.S.

Prison inmates got $1,400 stimulus payments under the COVID relief law that President Biden signed in March. Sen. Bill Cassidy (R-LA) objected to that, saying prisoners have “their living and medical expenses paid for by the taxpayer,” “don’t pay taxes,” and “can’t be unemployed. Inmates are not economically impacted by COVID.” Senator Tom Cotton noted that “Dylann Roof murdered nine people,” yet “he’ll be getting a $1,400 stimulus check as part of the Democrats’ ‘COVID relief’ bill.” 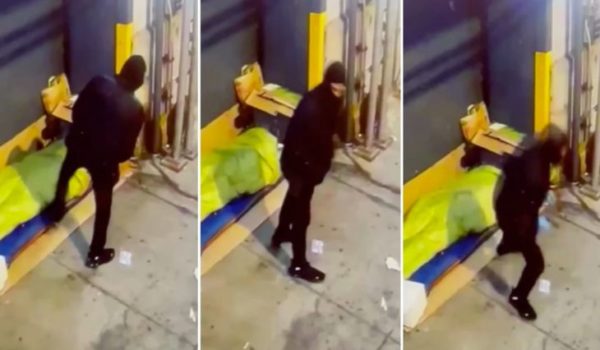 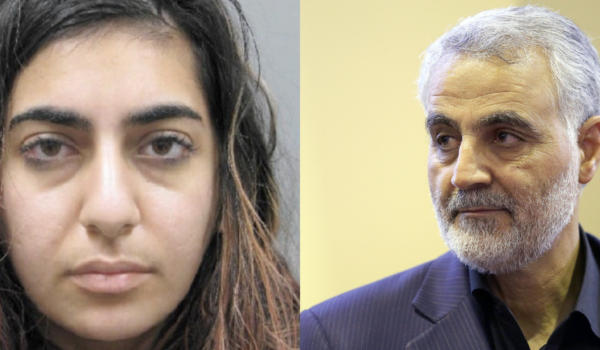