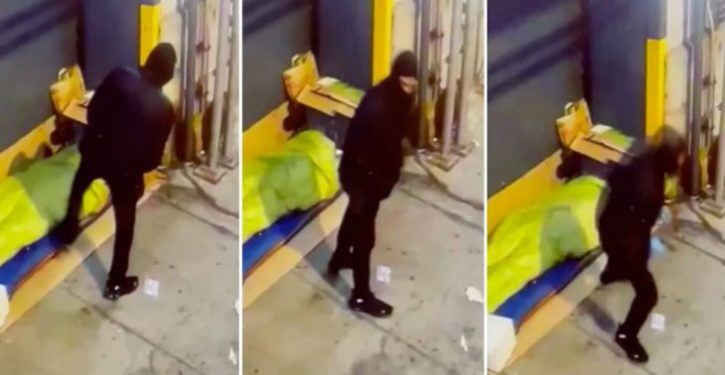 “Someone is killing random homeless people in DC and NYC,” notes Jazz Shaw at Hot Air:

Police in both cities are hunting for a suspect who has allegedly been randomly shooting homeless men while they sleep in doorways or makeshift camps. In recent days, the gunman has shot at least five homeless people. (NY Post)

“The mayors of New York City and Washington, DC urged their cities’ homeless populations to seek shelter Sunday as a ‘cold-blooded killer’ who had shot at least five vagrants remained on the loose. A lone gunman is suspected of targeting sleeping homeless men in a series of shootings in DC and the Big Apple this month that has so far left two men dead and three others wounded. New York Mayor Eric Adams and DC Mayor Muriel Bowser said they were coordinating with federal authorities to investigate the crimes before he strikes again.”

Surveillance camera video  shows the suspect wearing a ski mask and approaching a homeless man sleeping in a doorway. The suspect nudges the man with his foot several times, apparently trying to wake him up, but there is no response from the sleeping man. The suspect keeps looking up and down the street to see if anyone is close by before pulling out a handgun and shooting the sleeping man multiple times….security camera image of the suspect without his mask was taken in low light conditions. You can’t really even make out what race he is, to say nothing of any clear details of his features. He does appear to be bald with some facial hair, however.

The first three shootings took place in Washington over the course of six nights. The suspect then apparently traveled to New York City, likely on a train, where he shot two more people in the Soho district. This really doesn’t sound like the work of a random, insane homeless individual, as they don’t tend to be frequent travelers. The crimes also don’t appear to fit the normal patterns of gang violence, since gang members generally have a motivation for killing each other or victims who are robbed. What’s the point of just shooting up homeless men in their sleep? 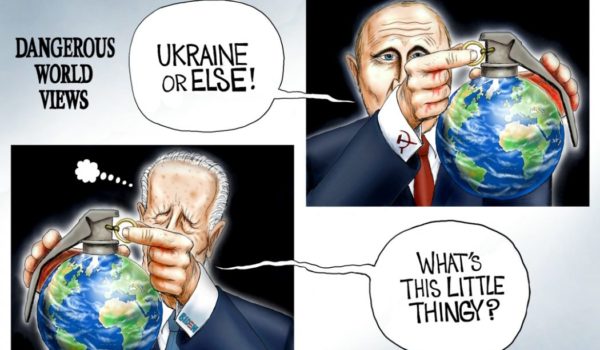 Cartoon of the Day: New World Disorder
Next Post
Much of trillions in COVID spending was wasted; countless billions stolen