Asha Burwell and Ariel Agudio, two of the three women who fabricated a crime in which they were allegedly beaten by “20 white people” because of the color of their skin, were sentenced to 200 hours of community service, 3 years probation, and a $1,000 fine for falsely reporting an incident.

The two women had been facing up to two years in prison after being convicted on several misdemeanor charges.

Neither will spend time in jail. They will have to serve three years of probation, pay a $1,000 fine, and perform 200 hours of community service.

Burwell and Agudio said that they were harassed and taunted on a CDTA bus in January of 2016. They claimed the incident was racially motivated. Authorities said that after looking at cameras from the buses and cell phone video from other passengers that in fact, Agudio and Burwell were the aggressors.

The third woman in the case, Alexis Briggs, accepted a plea deal after confessing that the story had been fabricated.

“You knew it wasn’t true?” Briggs was asked by an Albany County judge nearly one year ago.

Briggs was sentenced to 100 hours of community service.

Burwell and Agudio both rejected their plea deals, a surprisingly stubborn move considering the mountain of evidence which showed their stories to be false.

Their story drove Black Lives Matter advocates and the local media into a tizzy. It even received national coverage when Democratic presidential candidate, Hillary Clinton, tweeted this message of support for the story and the girls involved:

There's no excuse for racism and violence on a college campus. https://t.co/ADVghl4iEv -H

We were among the first to report that the entire incident was a hoax, however.

On January 30, one of the victims, Asha Burwell, tweeted about being “beaten because of the color of my skin.”

The incident sparked protests at SUNY Albany, the school the women attended.

Protesters, including members of the National Congress of Black Women and the Albany chapter of Black Lives Matter, showed signs of support for the women, demanding change in the form of hiring minority faculty and providing sensitivity training for University police.

SUNY Albany president Robert Jones, before having any of the facts straight and going solely on what he heard from Burwell and her companions, issued a statement saying he was “deeply concerned, saddened and angry about this incident.”

Within days, cell phone video of the incident made its way to social media. The video, along with other footage screened for local civil rights advocates, didn’t support the women’s claims of racial slurs being hurled at them, and in fact showed that Agudio, Burwell, and Briggs instigated the entire incident.

Numerous other camera angles were viewed by officials, and over thirty witnesses were interviewed.

Audio of the 911 calls surfaced shortly thereafter, with one catching Agudio twice saying of the incident that “I think it’s so funny,” before adding she “beat up a boy.”

When the call was transferred, Agudio’s tone changed almost immediately as she tried to tell the dispatcher that she and her friends “got jumped” in a “racially” motivated attack.

Additionally, the woman who had seconds ago said she “beat up a boy” now claimed that “we were three black girls beaten up by 20 white people.”

Audio of yet another 911 call involved Agudio saying “I think it’s funny how I had three b**ches down.”

In the face of mounting evidence that the three SUNY students had lied about the entire incident, their lawyers continued to insist that they were being “academically lynched” and claimed it would be unfair if they were kicked out of school.

Despite the gravity of their actions, actions that had the potential to start race riots in the city of Albany, the three women were still given a chance to atone for their crimes.

They were given the opportunity to accept a plea deal if they made a public apology to the students whose reputations could have been destroyed by their story. They refused, and the case moved to a grand jury, which chose to indict them on elevated charges of assault and harassment.

They were acquitted on the more serious charges and had others dropped when it was determined some of the true victims in the case were unable to testify.

The investigation of the initial claim led to hundreds of manpower hours and cost the community hundreds of thousands of dollars. It could have touched off genuine violence in the form of riots nationwide that might have resulted in fatalities. Yet for all the trouble Agudio and Burwell caused, their punishment consists for the most part in checking in with a probation officer for three years.

No justice, no peace? 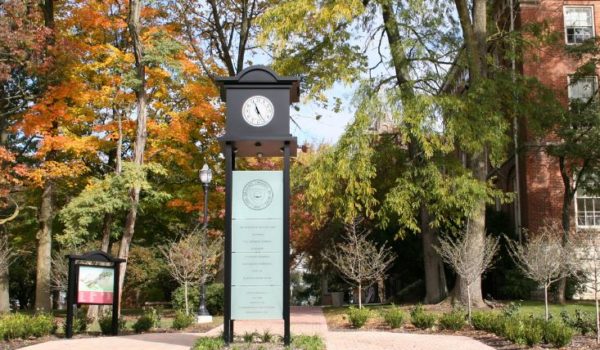