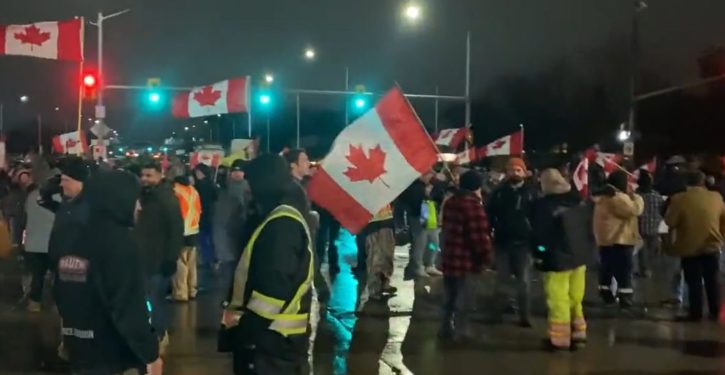 Morawetz’s order came in response to a request from Windsor, Ontario, Mayor Drew Dilkens and originally went into effect at 7:00 p.m. Eastern, according to the New York Times. When news of the order reached protesters on the bridge, they reacted with defiance, The Associated Press reported.

30 minutes before the injunction kicks in at the Ambassador Bridge blockade –
protestors vote to stay. pic.twitter.com/S9PRDBNKV2

An unnamed man with a microphone asked protesters if they would comply with the order, according to the AP. The crowd reacted with applause as they agreed to stay on the bridge, the outlet reported.

“Okay. Let’s stand tall,” the unnamed man said before the crowd began singing the Canadian national anthem, according to the AP.

Truckers on Ambassador Bridge have gathered in protest against COVID-19 vaccine mandates and vaccine passports. The protests have blocked roadways across Ottawa and Canada. (RELATED: Biden Admin Reportedly Tells Canada To Use Federal Power To Crush Trucker Convoy)

“This unlawful activity has to end and it will end,” Canadian Prime Minister Justin Trudeau said in a statement just hours before the order, according to the AP. Meanwhile, Ontario Premier Doug Ford stated that he would begin enacting measures designed to make it obvious that blocking infrastructure is illegal, with violators subject to a year in prison and a maximum fine of $100,000, the outlet reported. (RELATED: GoFundMe Nukes Canadian Trucker Fundraiser, Refuses To Distribute Donations)

When the order went into effect at 7:00 p.m. Eastern, more protesters were on the bridge than “any other point this week,” local reporter Adrian Ghobrial said in a tweet. “It’s hard to see police stepping in at this hour with so many people here celebrating, and carrying on,” he added.

The court ordered injunction at the Ambassador Bridge has kicked in and there’s more protestors here now than at any other point this week. They’re streaming in by the dozens. It’s hard to see police stepping in at this hour with so many people here celebrating, and carrying on. pic.twitter.com/8VrWD7ersw

Meanwhile, truckers in the U.S. are planning their own “Freedom Convoy” in protest against COVID-19 vaccine mandates. The “Convoy to DC” plans to see truckers drive from California to Washington, D.C. 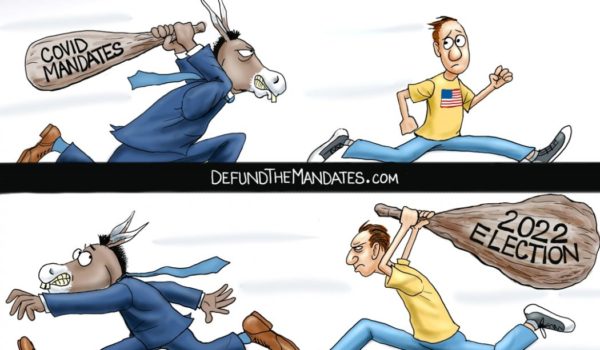 Cartoon of the Day: Fighting Back
Next Post
US Embassy Staff Ordered To Evacuate Ukraine Over Fears Of Russian Invasion