Senator Joe Morrissey (D-Richmond) predicts that Virginia’s senate will vote to bring back parole in 2022 — “across the board,” meaning for even the most serious crimes, such as murder. Restoring parole could increase the number of murders, rapes, and robberies in Virginia. The Richmond Times-Dispatch reports:

A movement to reinstate parole in Virginia could hinge on the outcome of election results next month. Democratic gubernatorial nominee Terry McAuliffe has indicated willingness to support expanded parole….While many Democrats support reinstating parole broadly in Virginia, Republicans generally oppose it. The Democrats hold a 55-45 seat edge in the House of Delegates…the issue will be debated in next year’s General Assembly session.

“I will be introducing a bill that will reintroduce parole across the board,” said Sen. Joe Morrissey, D-Richmond. “I think it will pass [the] Senate Judiciary [Committee] and … the full body.” Democrats control the Senate 21-19. Senators are not up for election until 2023. But Morrissey said he predicts a possible roadblock to parole expansion in the House, where he thinks Republicans will make gains in the Nov. 2 election….Virginia created parole in 1942 and abolished it in 1995, passing a “truth in sentencing” law among other criminal justice measures in an effort to reduce high crime rates….

Democrats who control the legislature [have already] approved a bill to allow juvenile offenders … to be considered for parole. Democrats also expanded a program that allows people to earn time off their sentences for nonviolent offenses….

Lynchburg Commonwealth’s Attorney Bethany Harrison is among advocates for Virginia’s truth-in-sentencing law who oppose restoration of parole. That law and others helped reduced violent crime, she said. “Virginia, like many other states, had high violent crime rates from the ’80s into the mid ’90s, and so they instituted evidence-based reforms,” she said. “The truth in sentencing reforms, I think, were very important for our jurors when they’re making sentencing decisions, as well as important for our victims.”

Sometimes, murderers kill again after being paroled. One example is Kenneth McDuff, known as the broomstick killer. At the age of 19, McDuff and a buddy kidnapped three other teenagers. He shot and killed two boys, then killed a girl after raping her and torturing her with burns and a broomstick. After being paroled, he murdered additional women — as many as 15 women in several states.

Some murderers continue to kill even at an advanced age. At the age of 76, Albert Flick murdered a woman, stabbing her at least 11 times while her twin children watched. He had previously been imprisoned from 1979 to 2004 for killing his wife by stabbing her 14 times in front of her daughter.

Legislation backed by Senator Morrissey would not just bring back parole, but retroactively make people eligible for parole even if they were sentenced at a time at which there was no parole. It would be be made available even to people who commit “a Class 1 felony,” which includes aggravated murders, such as serial killers who commit the “willful, deliberate, and premeditated killing of more than one person” in a single crime spree. Because the death penalty was abolished in Virginia in 2021, restoring parole could make it possible for even the worst murderers to be paroled.

Virginia largely abolished parole 26 years ago, due to discontent over the fact that criminals were serving only about 30% of their sentences before being released. Most willful and premeditated murders are Class 2 offenses, for which parole would be available after 15 years or less, if parole is restored.

Retroactively making prisoners eligible for parole could result in unfair double-counting: It would shorten sentences that a jury already shortened based on the assumption that parole does not exist. Under the Virginia Supreme Court’s Fishback decision, criminals have been entitled to seek a shorter sentence from the jury based on the argument that parole was not available.

Parole could be sought over and over again: before parole was abolished, relatives of murder victims would show up at parole hearings every year in an effort to keep the killer of their loved one from being released. Testifying before the parole board took its toll on survivors, forcing them to relive the crime.

By reducing the amount of time inmates serve, restoring parole could increase the crime rate. Studies indicate that longer periods of incarceration deter many crimes from being committed; they don’t merely prevent people who are already inmates from committing more crimes — although they do that, too. For example, a study found that longer sentences deterred people from committing murder, robbery, and rape. (See Daniel Kessler & Steven J. Levitt, Using Sentence Enhancements to Distinguish Between Deterrence and Incapacitation, National Bureau of Economic Research Working Paper #6484 (1998)).

Allowing judges to retroactively shorten sentences could also reopen old wounds for crime victims. Victims would no longer have the peace of mind that comes from knowing that their rapist, or the person who killed their family members, is off the street and no longer able to harm them.

ABC’s channel 7 discussed this in 2019 in “Why is Montgomery County’s violent crime rate twice as high as neighboring Fairfax County.” Law enforcement sources attributed Montgomery’s higher crime rate to the fact “that the Maryland Judiciary is, generally speaking, more lenient on criminal defendants” and the fact that “Virginia has stricter laws on the books” and “harsh sentences,” which are “a huge deterrent” to crime. “Criminals know if you commit crime in Virginia you might get whacked, while in Maryland, you might just get slapped on the wrist.”

Coronavirus didn’t cause the spike in murders in Richmond, as Senator Warner suggested
Next Post
Woman Raped On Train As Bystanders Did Absolutely Nothing To Help Her 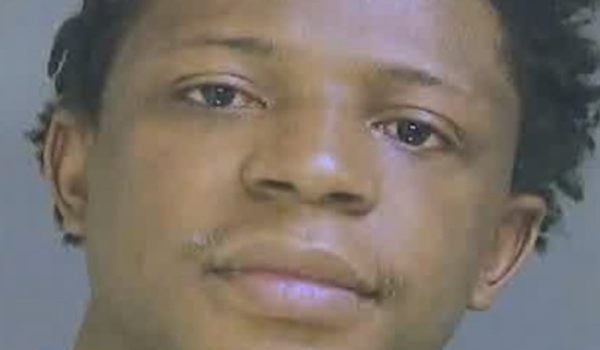