Senator Mark Warner (D-VA) suggested a spike in murders in Richmond is due to the coronavirus. But it isn’t.

VCU Medical trauma surgeon Michael Aboutanos said VCU is experiencing a 121% increase in gunshot-wound victims from across the Richmond metropolitan area. In response, Senator Warner cited the effects of COVID-19, the “frustration of people not being able to get back into the community, the frustration with schools being shut down. But 120 percent increase, month over month over last year? If that doesn’t scream epidemic, I don’t know what does.”

But the coronavirus epidemic affected the whole world, and shut down schools and community institutions in many countries. Yet the United States was almost alone in having a huge increase in homicides. Most of the world saw reductions in homicide rates in 2020.

Murder rates actually fell in most countries that lost many people to the coronavirus. Peru had the world’s highest coronavirus death rate per million inhabitants. Yet Peru’s homicide rate fell by more than 2% in 2020.

Three times as high a percentage of Peruvians died of the virus compared to Americans. Many Peruvians lost their jobs, many schools and social services shut down, and Peru’s economy shrank by 12%, unlike America’s economy, which shrank by only 3.5%. Yet, Peru’s murder rate fell.

COVID-19 caused widespread hunger in Latin America, unlike the United States. Yet Murder rates fell in 2020 in Guatemala, Honduras, Venezuela, and El Salvador — all countries where malnutrition, already widespread, became worse due to the epidemic. Their economies shrank more in 2020 due to the coronavirus: Venezuela’s economy shrank 10%, El Salvador’s 9%, and Honduras’s 6.6%. By contrast, the U.S. economy shrank only 3.5%.

The Daily Wire says that “it wasn’t the pandemic that increased violent crime in America.” Instead, it pointed to other causes:

[T]he rise in violence coincided with anti-police rhetoric and laws as well as lawlessness in major cities across the U.S. following the police-involved death of George Floyd. The treatment of police by Democrats and their media supporters led to massive resignations and retirements in the police force.

The New York Times addressed the issue after the Asheville Police Department in North Carolina announced it had lost 84 officers and would no longer be able to respond to numerous crimes, including theft from a vehicle if there is no suspect information and simple assaults reported after they occurred.

Another potential factor in rising violence is falling incarceration rates, which result in violent offenders being released from jail or not jailed in the first place. The number of people in America’s prisons and jails dropped by 14% from 2019 to mid-2020.

The criminal justice system has become softer on offenders. Virginia’s legislature recently abolished the death penalty. Moreover, people who committed murder in Virginia at age 16 or 17 are now eligible for parole after a mere 20 years, no matter how many murders they committed, under a law passed in February 2020. Murder rates peak in the late teens and early 20s. About four in ten killers commit their crime before age 25. About a tenth of all murders have historically been committed by juveniles, and once released, juvenile murderers often commit more violent crimes, including more murders.

Due to the steady softening of the criminal justice system, criminals may not expect to serve all of their sentences. Virginia may bring back parole for violent offenders, including murderers, in 2022. State Senator Joe Morrissey (D-Richmond) expects that his bill to bring back parole will pass the state senate in 2022, although he is less certain about it passing the House of Delegates if Republicans pick up seats in the 2021 election. Back when Virginia had parole, there were periods where criminals served only about 30% of their sentences before being released. Under Morrissey’s legislation, most murderers would be eligible for parole within no more than 15 years. If murderers serve 15 years or less, rather than a life sentence, that is much less of a deterrent to commit murder. Short sentences are less effective at deterring crime than longer sentences.

Police manpower in America was shrinking even before the George Floyd incident, which accelerated the trend. In the last few years, there has been “a notable decline in the number of police on the beat,” said Rafael Mangual of the Manhattan Institute: 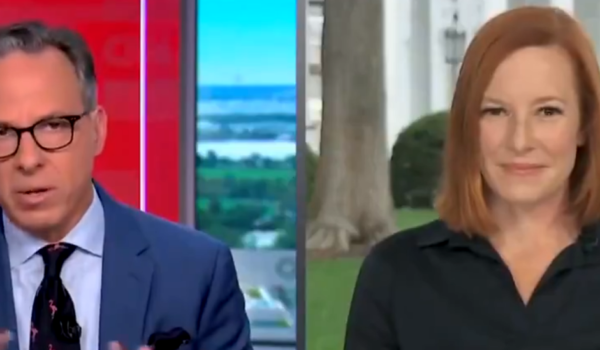