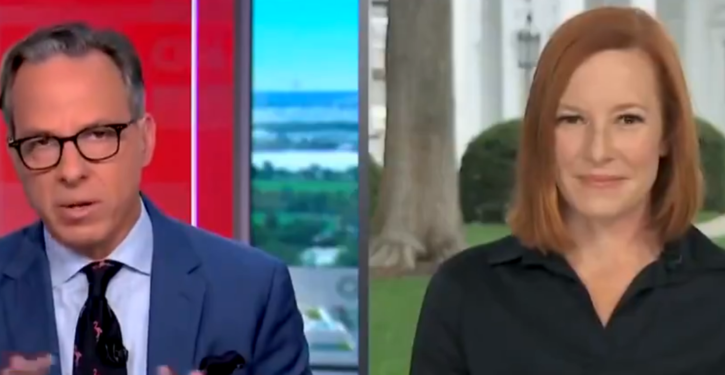 Psaki appeared on CNN’s “The Lead,” where she was asked if White House chief of staff Ronald Klain’s retweet of a claim that inflation and supply chain snarls were “high class problems” was “tone-deaf.”

“Well, that’s not exactly what the tweet said, nor the retweet of the original tweet, which is what we’re talking about here,” Psaki said in response.

The White House press secretary then went on to tout the decreasing unemployment rate, adding that gasoline prices were low during the pandemic “because nobody was driving.”

“At the same time, we also know that the supply is low, because we’re coming out of the pandemic and because a bunch of manufacturing sectors across the world have shut down because ports haven’t been functioning as they should be,” Psaki claimed. “These are all things we’re working through.”

Tapper then brought the discussion back to Klain’s retweet, recalling that Biden’s chief of staff had criticized former President Donald Trump’s administration for inflation that he claimed at the time “hurt the middle class.”

“Why did Ronald Klain think that rising prices was a serious concern under Trump and not under Biden?,” the CNN host inquired.

The Organization of the Petroleum Exporting Countries (OPEC) has blamed high gasoline prices on the sweeping green energy policies, such as carbon tax. The price of oil rose by 60% over the past year, reaching a seven-year-high. 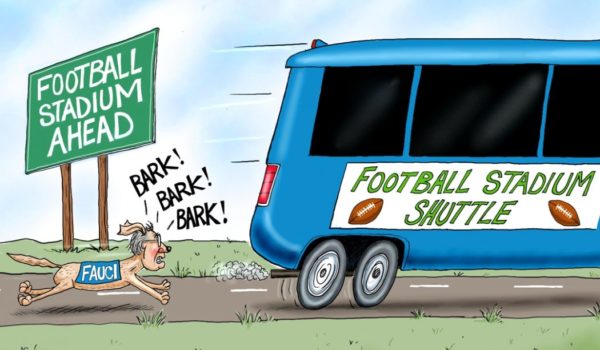 Cartoon of the Day: Unleashed
Next Post
Coronavirus didn’t cause the spike in murders in Richmond, as Senator Warner suggested