Sometimes, teenagers make school shooting threats, in order to trigger school closures and thus avoid school. Or they make bogus reports of a school shooter being on school grounds. They do that so that schools will (unnecessarily) cancel school as a result of the threat. Schools make such threats and bogus reports more likely by closing school all day in response to a threat. That rewards the person making the threat or bogus report by giving them what they want. Most of the threats recorded in the K-12 School Shooting Database are “not credible threats of violence,” note researchers.

Today, Arlington County encouraged threats and bogus reports by closing Washington-Liberty High School after receiving an anonymous call falsely “claiming that there was a shooter in the building.” It closed school before 9 a.m., moving the students like my daughter to a “secure location” — a public park where they could have been mowed down en masse by the shooter had the shooter actually existed. But the school system waited until 10:03 am to notify parents like me of the school closing. Its 10:03 AM email read:

UPDATE: Police are still investigating the anonymous report of a shooter inside the school this morning. There has been no evidence of an immediate threat. As a safety precaution, W-L is cancelling school for today, October 6. Walkers have been dismissed. Students who drove their cars cannot access their vehicles until the investigation is complete. Bus riders are being picked up and taken home now. Anyone who is a car rider or who needs to be picked up will be taken to Dorothy Hamm Middle School where parents can pick them up beginning at 10:30 a.m. W-L students at the Career Center will be dropped off at their bus stops. An update will be shared with the community when the investigation is complete, and we will provide the status for tomorrow.

We received an anonymous call this morning during arrivals claiming that there was a shooter in the building. While there is no evidence of an immediate threat, we immediately locked down the building and notified the Arlington County Police Department. The ACPD is on the scene investigating to ensure the building is safe. All students are in a secure location. Students arriving have been temporarily moved to a safe location offsite while the ACPD conducts their investigation. We will inform you as soon as further details are known.

But this so-called “safe location” was a place where students where students were grouped together in a way that would make it easier for a killer to shoot many of them in a few seconds. My daughter could easily have been mowed down by a killer in that “secure location.”

Under Virginia law, the Arlington schools must conduct pointless lockdown drills multiple times a year. The lockdown drills are useless, because students are not actually instructed in any effective way to avoid death in the event of a school shooting. Thus, they just promote pointless anxiety. (Students are less likely to be shot in school than outside of school). These drills did nothing to prepare students for how to respond to this false report of a school shooter. 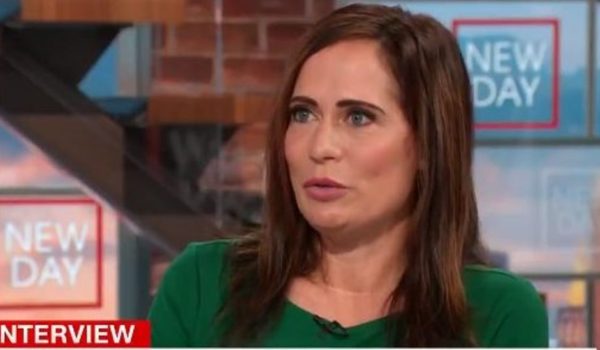