What does the White House have to hide? Much. Their biggest challenge is attempting to conceal  daily that Joe Biden is in way over his head.

Yesterday they were confronted with a special task — that of dealing with the needlessly snide answer the president gave to a reporter at the end of a press conference. Their choice was to cut the audio of his reply before sending it out for public consumption.

The clumsily edited video, which follows, includes the last few minutes of the presser, during which Biden shamelessly reads aloud from a prepared script. When he has finished, reporters begin to shout out questions. Initially Biden smiles inappropriately as though he finds humor in the subject of Americans stranded in Afghanistan.

Then NBC News Chief White House Correspondent Peter Alexander asks Biden what he plans to do if Americans are still in Afghanistan after the Aug. 31 deadline. It’s a serious question and it deserves a serious answer. Instead, the commander-in-chief taunts, “You’ll be the first person I call,” after which he gets up and walks out of the room.

Later at the daily White House briefing, Press Secretary Jen Psaki was asked about the president’s conduct. Here is her encounter with Fox News’s Peter Doocy.

As for Biden’s snide persona, this is not the first time he has displayed it. Back in January, he was asked what he had spoken to Vladimir Putin in Biden’s maiden call to the Russian leader. Again, it was a serious question that deserves an earnest answer. Instead, Biden replied, “You. He sends his best.”

Is this behavior the presidential decorum Democrats claimed was so lacking during the Trump presidency? 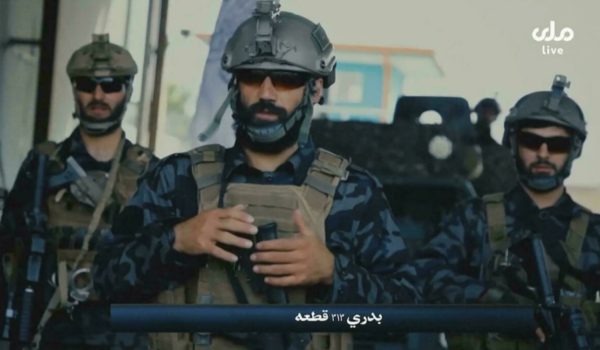 Dressing up in Daddy’s clothes: Taliban don left-behind ‘special forces’ gear for photo op
Next Post
Cartoon of the Day: Surrenderer in chief 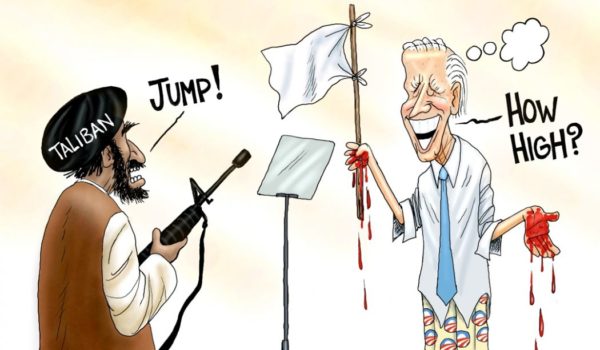