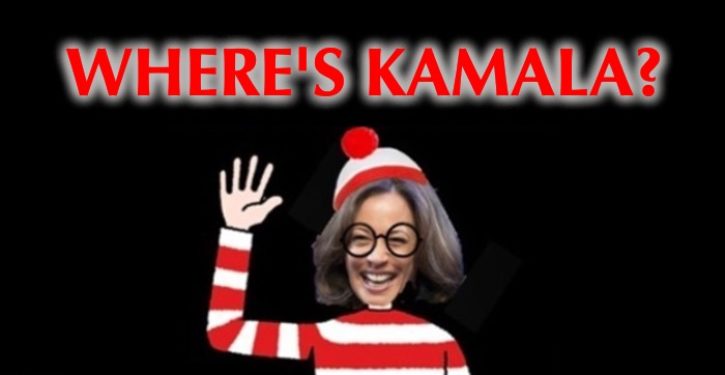 After saying that she played a key role in Biden’s Afghanistan withdrawal decision, Vice President Kamala Harris has left the building.

Back in April, Kamala Harris was trying to claim credit for the decision to withdraw troops from Afghanistan before the twentieth anniversary of 9/11. Via Politico:

Vice President Kamala Harris confirmed Sunday that she was the last person in the room before President Joe Biden made the decision to pull all U.S. troops out of Afghanistan.

In an interview with CNN’s Dana Bash on “State of the Union,” Harris was asked about being the last person in the room regarding major decisions, something that Biden has said is important to him in his working relationship with the vice president. Harris confirmed that was the case regarding the move to pull U.S. troops out of Afghanistan by Sept. 11.

So, where is she now?

Last Monday, a Fox News headline read, “President Biden, VP Harris avoid the cameras as Kabul falls to Taliban.” The article noted that Harris has “avoided appearing on camera as Kabul, the capital city of Afghanistan, fell to the Taliban on Saturday and Sunday.”

Joe Biden is hiding, Jen Psaki is on vacation, Kamala Harris is MIA, and this is how the "not an evacuation" is going in Kabul after the Biden administration told us they had weeks to complete a mere reduction in civilian diplomatic staff. https://t.co/KZkkzUYbsu

So tragic video, the #Taliban again started beating women among the crowd in their captured areas.

This time the Taliban are more brutal than they were in the 1990s.#SanctionPakistan #SaveAfghanistan pic.twitter.com/fJBCSVDLW2

Even more poignant is a video of a young Afghan woman pleading with an American soldier to save her:

"You're our family. Please help"

This young Afghan woman is begging an American soldier at the airport to save her. This breaks my heart because I know that the American government gave them hope, but is now leaving them alone and hopeless. This is called betrayal. pic.twitter.com/EhVcNgNFyq

The situation is so grave that even the generally feckless United Nations is concerned about the human rights violations against women and girls in Afghanistan.

You’d think that the vice president, who was hand-picked expressly because of her activism, her skin color, and her sex, would embrace this humanitarian crisis with an uncommon fervor. This one could not be more squarely in her wheelhouse.

Yet, not so much a peep was heard from her before she touched down in Singapore (yes, Singapore!) yesterday to begin the first leg of a trip to Southeast Asia. Here she is, speaking against a backdrop of ambient noise, primarily the roar of jet engines, which it makes it virtually impossible to understand what she is saying.

Could that have been deliberate? 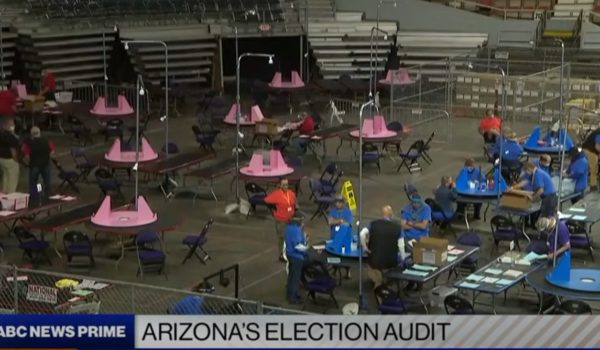