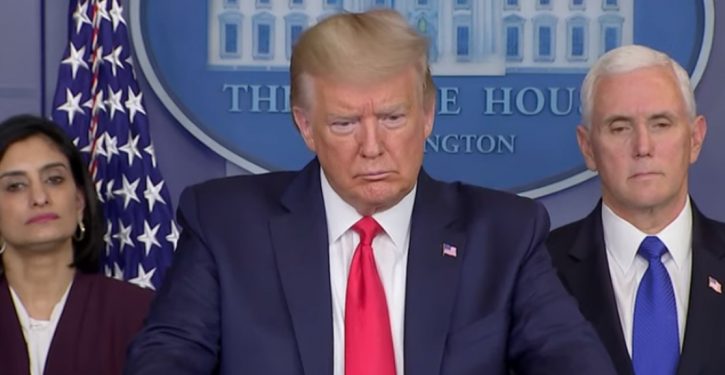 Across the world, political leaders got a bump upward in the polls because of COVID-19. Even when they responded incompetently to the crisis, resulting in death rates higher than in the U.S., their public approval ratings rose. In times of crisis, people tend to rally around their leaders, even when their leaders’ policies backfire. Many people are basically herd animals who want to love their leaders, especially if their leaders can fake being nice or competent.

But Donald Trump hasn’t gotten any bump. To benefit from the crisis, he needed to say soothing or inspiring things, act like a unifying figure, and look like he knew what he was talking about. Instead, he complained endlessly about the media and his political opponents, insulted journalists in press briefings, and constantly boasted about himself and his performance. This made him seem petty, and not like a unifying leader.

By contrast, New York Governor Andrew Cuomo got a huge bump in the polls from his handling of the COVID-19 crisis, even though Cuomo’s mismanagement of the crisis killed thousands of people. His approval rating rose to 87%.

Cuomo’s administration forced nursing homes to take in people infected with COVID-19, and generally refused to supply these densely-populated nursing homes with personal protective equipment needed to protect against COVID-19. That caused the virus to spread like wildfire through nursing homes, and kill thousands of people. Cuomo said it was “not our job” to help these nursing homes get protective equipment for their staffs, when they were ordered by the state to accept people with coronavirus. As a result, COVID-19 spread to other residents, many of whom died.

At least 5,000 New Yorkers who died from coronavirus were nursing home residents. Under Cuomo’s leadership, New York State put nursing home residents with COVID-19 back in understaffed nursing homes even though there was plenty of space for them elsewhere, and they would have received better healthcare in largely empty medical facilities, such as Javits Center or the Navy ship Comfort. When New York State forced nursing homes to accept people with COVID-19, it supplied some of them with body bags, making clear it knew the risks.

Yet Cuomo became vastly more popular during the pandemic, because he made it seem like he was in command of things, and knew what he was doing, and took the crisis seriously, in his daily press briefings.

As Tyson Brody notes, “The polling between Trump and Cuomo reveals the very funny but grim fact that Trump could have still allowed thousands to die, bickered with his own government, blamed the media, and generally done a bad job, but would be CRUISING if he could have held it together in the pressers.”

Republicans are likely to lose control of the Senate this fall due to Trump’s deep unpopularity.  As political-science professor Jacob Levy notes, if Republican Senators had voted to remove Donald Trump from office, their situation would be far better, because the blandly soothing Mike Pence would be president, and he would be getting the same “rally-round-the-flag bump” that most of the world’s leaders are getting:

Seems like a good day to remind Republican Senators that they could have gone into this crisis with a newly-inaugurated bland bureaucratic Mike Pence who would have gotten a 30-point rally-round-the-flag bump.

This is clearly true. Pence’s remarks at Trump’s daily COVID-19 briefings have been soothing, and pay tribute to healthcare workers and others in a way that listeners might find inspiring coming from a president. (Unfortunately, Pence also sucks up to Trump in these briefings. Pence has to do that to get Trump to select him again as Vice President. He wouldn’t have to ingratiate himself with Trump if he were president. That would enable Pence’s popularity to rise).

Trump’s handling of COVID-19 has been marred by disorganization and delay (except for his prompt action in restricting travel from China, which Biden opposed). This is especially true of Trump’s failure to seek money for testing early enough, and in large enough quantities. That has delayed implementing a scheme of testing, tracing, and quarantine needed to stem the epidemic and restart the economy.

The size of the rally effect isn’t strongly correlated with actual quality of decisionmaking. Most of it has to do with giving the impression that there’s a basically functional adult human being in charge and taking things seriously.

And Trump doesn’t convey that impression. His pettiness keeps him from seeming “presidential.”

Never mind that Trump handled the pandemic less incompetently than many past U.S. presidents would have. Trump’s handling of COVID-19 has been vastly better than President Woodrow Wilson’s disgraceful mishandling of the 1918 Spanish flu epidemic that killed at least 675,000 Americans. Wilson covered up deaths from the virus — which more likely originated in the U.S. than Spain — and thus helped it spread throughout not just America, but the world. The “Spanish flu” killed 50-100 million people worldwide, including many allied troops and civilians.

Trump has done far more to fight COVID-19 than earlier presidents did to fight the Hong Kong flu of 1968-69, and the Asian flu of 1957-58. Those pandemics killed a quarter million people in the U.S., but nothing was shut down, there were no lockdowns, and the only responses to the pandemics were medical, not political. Admittedly, those diseases had a lower case fatality rate than COVID-19, which kills elderly people at a much higher rate. 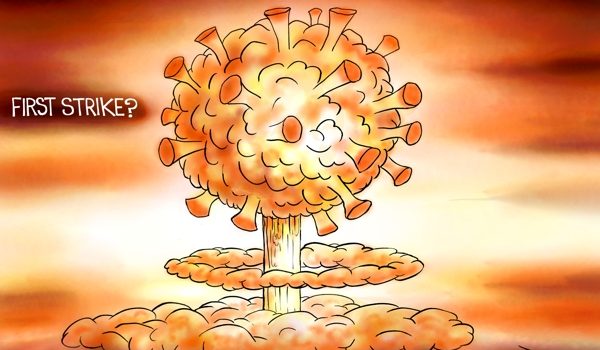 Cartoon of the Day: Aftermath
Next Post
‘I believe you, Tara Reade, and I’m sorry … but I’m voting for Biden’