Rail projects usually cost much more than predicted. But politicians can’t resist building them, even when they will attract few riders. Honolulu’s rail project is breaking records for municipal cost overruns. The Honolulu Star-Advertiser reports: “A retired Federal Transit Administration official who had evaluation responsibility for America’s rail projects — including the city’s troubled system — called Honolulu’s spiraling costs and $3 billion deficit ‘unimaginable’ and ‘far beyond’ anything he has seen across the country in 30 years with the FTA.”

Yet, President Biden wants to spend countless billions on similar projects, including trains to nowhere. Biden’s $2.3 trillion infrastructure spends big on obsolete technologies, and spends billions of dollars to enable Amtrak to reach tiny towns where few people will ever use the train.

In June, the Biden administration announced that that it had restored a federal grant for California’s “high speed” rail project, even though it has been plagued by environmental lawsuits, delays, and cost overruns. The grant had been canceled under the Trump administration, which pointed out that the project was a “disaster” due to delays and ever-rising costs. As the Las Vegas Review-Journal noted, the rail project’s cost had more than tripled to $100 billion, and completion dates had been pushed back by more than a decade:

“the state’s political class bamboozled voters into approving a high-speed rail project intended to ultimately connect Los Angeles with San Francisco. Construction was supposed to be completed early this decade, and residents were assured that the shiny new ‘clean energy’ train could be theirs for the low, low price of $30 billion,” the editorial board wrote. “Instead, the project is more than a decade behind schedule and is now projected to cost $100 billion … and counting. Officials now hope they can complete a 171-mile stretch between Bakersfield and Merced by the end of the decade.”

Almost no one wants to travel the obscure route that is likely to be completed — from Bakersfield to Merced — by rail.  The two cities are already connected by a speedy highway, California Route 99. It only takes a little over two hours to drive from one city to the other. Merced has only about 80,000 people, so it is not an important destination. It’s a city with an extremely high poverty rate, and few attractions for either tourists or business travelers.

This rail project is so expensive that it will cost more to travel by train than by airplane, even though traveling by train is slower. As the Review-Journal notes, “high-speed” rail can’t “compete with air travel in terms of time or price.” Reason Magazine says that few people will ever ride California’s “high-speed” rail system, because it “will have ticket prices higher than airfares and will take nearly twice as long as flying.”

Bullet trains are usually white elephants. South Korea abolished its celebrated high-speed rail line because it couldn’t cover even the operating costs of keeping the trains running (much less its fixed costs). Despite Japan’s much-vaunted bullet trains, most Japanese don’t take the bullet train either; they take buses because the bullet train is too expensive. Bullet trains do interfere with freight lines, so Japanese freight lines carry much less cargo than in the United States, where railroads—rather than trucks—carry most freight, thereby reducing pollution and greenhouse gas emissions.

“The US rail system is optimized for freight, vs. European and Japanese systems that are optimized for passengers (it is hard to do both well with the same network).  The US situation is actually better, much better, for energy conservation.  I wrote in detail about this before:

“‘First, consider the last time you were on a passenger train.  Add up the weight of all the folks in your car.  Do you think they weighed more or less than the car itself?  Unless you were packed into a subway train with Japanese sumo wrestlers, the answer is that the weight of the car dwarfs that of the passengers it is carrying. The average Amtrak passenger car apparently weighs about 65 tons (a high speed rail car weighs more).  The capacity of a coach is 70-80 passengers, which at an average adult weight of 140 pounds yields a maximum passenger weight per car of 5.6 tons.  This means that just 8% of the fuel in a passenger train is being used to move people — the rest goes into moving the train itself.

Trains are just not convenient for most riders. Mass transit carries fewer than 3% of all commuters to work, even in the nation’s 50 largest urban areas, a percentage that continues to fall despite rising spending on mass transit.

Trains are convenient for shipping heavy goods long distance. But freight trains rely heavily on private infrastructure, rather than publicly-funded infrastructure. Most of America’s freight railroads build and maintain their infrastructure with little or no government assistance.

Biden’s infrastructure plan would result in U.S. companies spending $1 trillion less on private infrastructure and fixed investment, such as privately-owned freight railways, power stations, and pipelines. That’s because it raises the corporate tax rate, leaving freight railways and other private companies with less money to invest. In fact, it would raise taxes on American companies to a rate that is higher than in most major countries. That would drive some firms overseas, costing America jobs and tax revenue. 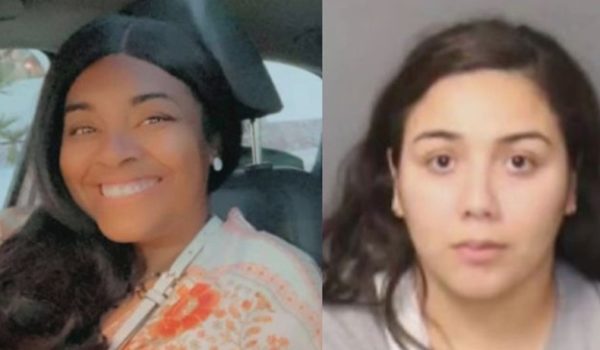 Woman’s first concern after killing mother of 4 in DUI crash: ‘Mind if I smoke?’
Next Post
U.S. to deploy troops to evacuate embassy in Afghanistan; waiting staff to be relocated for security