There are two kinds of people in the world: those who recognize the Holocaust as the most depraved act of the twentieth century and Palestinians and their sympathizers. The latter don’t just deny the existence of the Holocaust in general terms. Instead they go right for the jugular, baring their fangs at one of the precious few remaining survivors of that atrocity.

One of those dwindling few is Lily Ebert, age 97. Ebert is remarkably tech-savvy for someone of her advancing years. She is alert enough to maintain a TikTok, which she used recently to wish her followers a restful Sabbath. But not all of the comments were equally cordial. According to Business Insider, one commenter wished Ebert a “Happy Holocaust,” while another wrote. “Peace be upon Hitler.” A third wrote, “Ask her if she thinks the treatment of Palestinians reminds her [of] the treatment she got in the camp.” 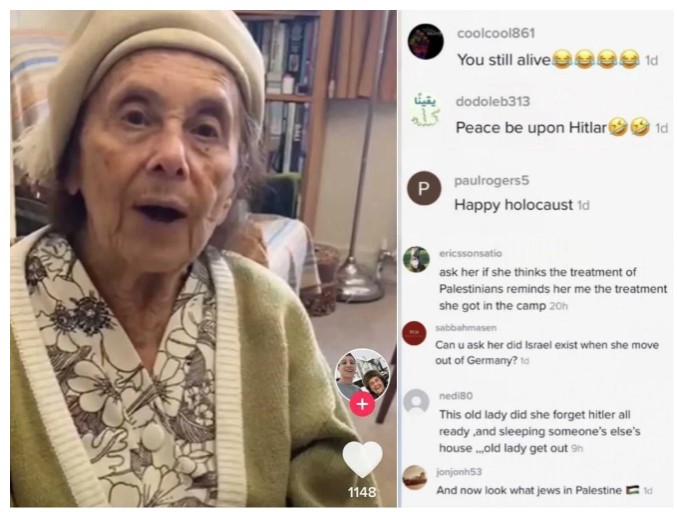 “The targeting of the Auschwitz survivor is not a one-off,” the article goes on to note. “The Anti-Defamation League said that between May 7 and May 14, more than 17,000 tweets could be found that used variations of the phrase, ‘Hitler was right,’ Insider’s Sarah Al-Arshani reported.”

There has been a 500 percent increase in the number of antisemitic incidents reported in the UK since May 8, according to the Community Security Trust (CST). Around a third of the 116 incidents took place online, the charity said.

Republican rep appeals $500 Pelosi fine for not wearing a mask on House floor
Next Post
Rep. Ocasio-Cortez reports being in therapy after Jan. 6 riot; decries trauma, myth of ‘American exceptionalism’