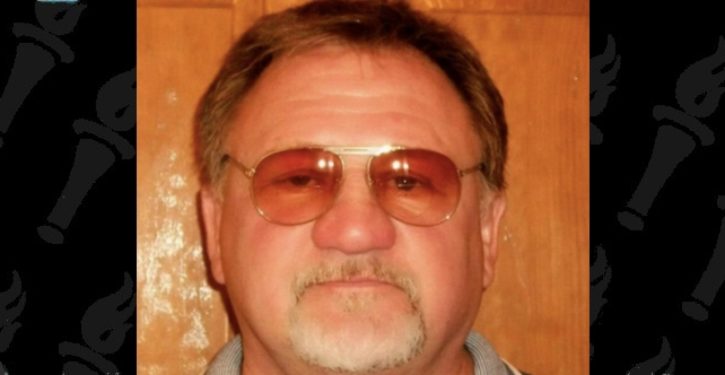 Oh, the humanity! This is not the way events are supposed to play out in the fantasy world that liberals have erected for themselves. In that place, which is safe and warm, mass shootings are exclusively the work of crazed right-wing fanatics, while the more cerebral life forms on the Left are pure of heart and filled with love and tolerance.

But facts are facts. And the facts indicate that the gunman in this morning’s attack on a congressional baseball practice in Alexandria, Va., is a disaffected supporter of Bernie Sanders who hates Trump.

According to The Washington Post (h/t reader Nevsky), the shooter has been identified as 66-year-old James T. Hodgkinson of Belleville, Ill. Records in St. Clair County, where Belleville is situated, reveal that in April 2006 Hodgkinson was charged with battery and aiding damage to a motor vehicle.

As noted in an update to my earlier post, Rep. [score]Ron DeSantis[/score] (R-Fla.) described to reporters an “odd” encounter he had as he was leaving the field minutes before the shooting:

There was a guy that walked up to us that was asking whether it was Republicans or Democrats out there, and it was just a little odd.

Sen. [score]Rand Paul[/score] (R-Ky.) told Fox News, “We were like sitting ducks. Without the Capitol Hill police it would have been a massacre.”

But massacres, as we learned after the 2011 Tuscon shootings that claimed six lives and seriously wounded Rep. Gabby Giffords, are carried only by conservatives, who are inherently violent. No less an authority on human psychology than New York Times columnist Paul Krugman wrote reams of fevered rhetoric about the Right’s bestial tendencies and fascination with guns.

Naturally, once information began to surface about the shooter, Jared Lee Loughner, nothing that came out jibed with Krugman’s profile. Loughner was described by those closest to him as apolitical, though that had not always been so. The words used by a former classmate to describe him back in their school days were “left wing, quite liberal.”

The Left will try to rationalize Hodgkinson’s actions as one-off or somehow seek to differentiate it from other mass shootings that have occurred. But in the end, the only important difference between James T. Hodgkinson and Jared Lee Loughner is that Loughner evidently was able to aim straighter.

*UPDATE*: CBS News is reporting that Hodgkinson, who was shot by Capitol Police in the scene of this morning shootings, has died of his injuries. Additionally:

Officials say Hodgkinson was carrying an assault weapon similar to an M-4 and a handgun. Both are being traced by the Bureau of Alcohol, Tobacco and Firearms. The FBI has taken over the investigation.

Would Trump voters vote for him again? A message from Ohio
Next Post
Cartoon of the Day: White liberal privilege 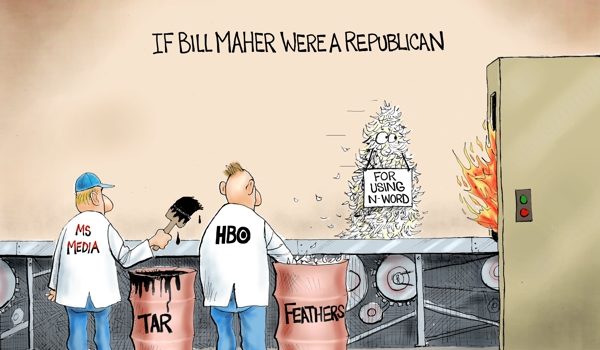