Earlier this year, “educators” in Texas had sixth-graders design their own socialist/communist flag. Supporters of the project maintained that its goal was to expand students’ horizons, enabling them to think outside the box. Detractors claimed that it was leftist-inspired ploy to poison the minds of impressionable children.

If you missed that debate, you have a chance to weigh on the latest controversy. Fox News reports:

A textbook company contracted to produce materials under the Common Core State Standards is trying to teach students as young as second grade about economic fairness by praising unions, protests and labor leader Cesar Chavez, according to an education watchdog group.

For the uninitiated, Common Core is President Obama’s effort to do for education what he has tried to do to for the nation as a whole — namely, “radically transform” it. Into what depends again on your point of view.

The company specified in the Fox article, Columbus-based veteran Zaner-Bloser, has distributed a lesson plan aimed at teaching about “equality” by focusing on the labor movement. As part of the plan, students read “Harvesting Hope,” a book about Chavez written by children’s author Kathleen Krull. The youngsters then discuss what the lesson plan calls “scales of fairness,” which compare the living conditions of farm workers to that of land owners.

Teachers are told to instruct students that “fairness and equality exist when the scales are balanced.” They are then supposed to ask the students whether both sides, as presented in the lesson plan, are equal. According to the teachers’ guide, there is one correct answer: “no.”

Shows what he knows. The U.S. textbook police banned any reference to candy or other empty-calorie foods decades ago.

Zaner-Bloser defended its lesson plan in a statement that claimed EAG was condemning the program based on a single lesson plan.

Previous Post
Federal officials seek to impose racial preferences on banks and financial sector under Dodd-Frank Act
Next Post
WH: 'It's true' some Americans won't be able to keep their health care plan under Obamacare 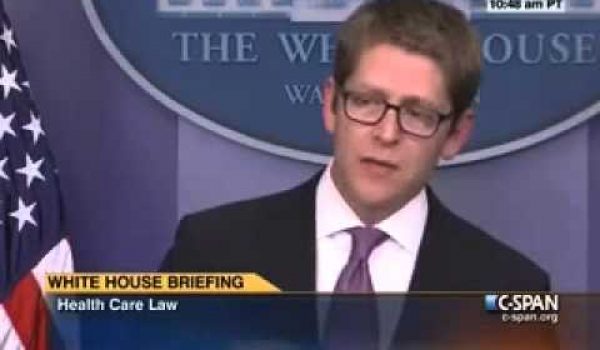