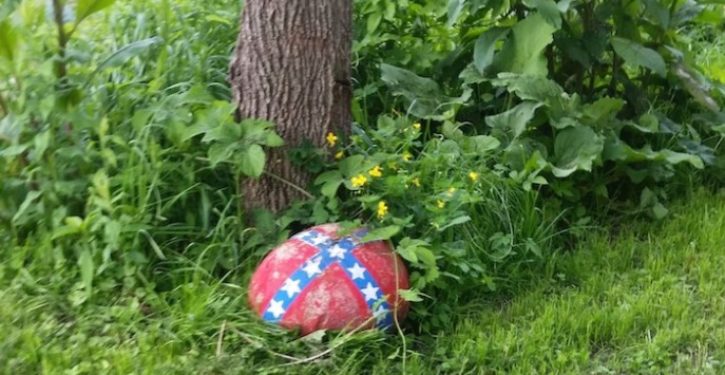 Child custody decisions are already complex and difficult to navigate, loaded as they are with the interpersonal dynamics, questions of parental fitness, and schedule and lifestyle concerns among a host of other complicating factors.

But once those are settled and a court has decided, it should take something significant and earth-shattering to reverse a custody decision, shouldn’t it?

Should the whole outcome ever hinge on something so superficial as an otherwise innocuous garden decoration?

One mom has a small stone painted with the Confederate flag in her garden. It was mentioned in an earlier hearing, but didn’t become an issue then. But because every aspect of life needs to be politicized some of the more aggressive partisans in our country, politics are entering into parenting decisions. Via the New York Post:

The upstate woman has been told she needs to ditch a driveway decoration painted with a confederate flag or risk losing custody of her mixed race child — even though a family court judge didn’t consider it to be an issue when it was raised during trial.

“Given that the child is of mixed race, it would seem apparent that the presence of the flag is not in the child’s best interests, as the mother must encourage and teach the child to embrace her mixed race identity, rather than thrust her into a world that only makes sense through the tortured lens of cognitive dissonance,” judges with the Appellate Division’s Third Department in Albany wrote in a ruling released Thursday.

The “presence of the confederate flag,” when “viewed pragmatically,” “is a symbol inflaming the already strained relationship between the parties,” the judges said.

They ruled if the rock is not removed by June 1, “its continued presence shall constitute a change in circumstances,” meaning the parents’ custody agreement could be revisited, and “Family Court shall factor this into any future best interests analysis.”

Is this really about the best interests of the child, or are there other motivations at play here? That’s what the mom’s lawyer asked when responding.

Jason Leifer, the lawyer representing the child, said it was like the appellate judges “pulled something out of a hat” because the rock was never the subject of the parents’ disagreements.

“Bringing politics into the family court is probably the worst possible thing you could do, and it seems like that’s what the appellate division has opened the door to,” Leifer told The Post by phone.

Is this about protecting a mixed-ethnicity child from a symbol whose negative implications the Left has gone out of its way to magnify? Or is this a case of woke government officials micromanaging the lives of people because they (personally) are offended by things that might otherwise be covered by the First Amendment?

It’s the sort of question we should be hitting government officials with on a whole variety of topics. 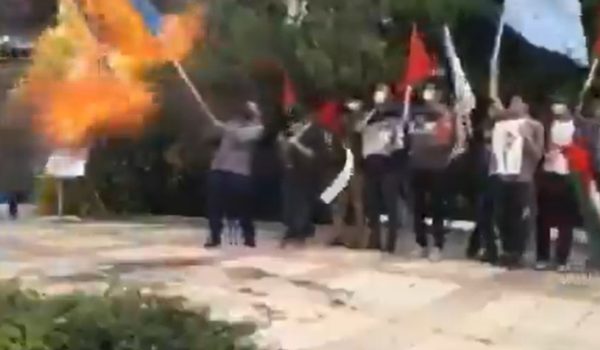