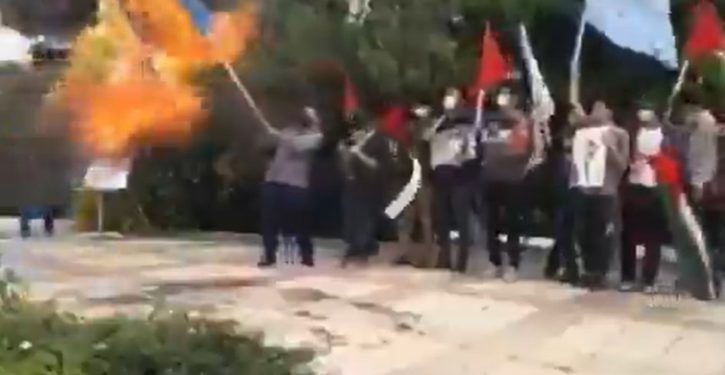 These “workplace-related accidents” used to crop up more frequently. August 2014, for example, witnessed two such “tragedies” in the space of four days. On the 7th, four Hamas suicide bombers were killed when the bombs they were working on  blew up prematurely. Several days later, a commander at an ISIS terrorist training camp north of Baghdad accidentally detonated a belt packed with explosives during a demonstration in front of a group militants. The blast killed not only him but 21 nearby trainees.

Then Donald Trump came along and beat the tar out of ISIS. Which is not complain, but just to reflect on the useful lessons about cosmic justice these anecdotes provide for anyone contemplating a career in the terrorism game.

The latest victim, whose fate remains unknown, set himself on fire at a Quds Day protest in Iran when he attempted to wave the Israeli flag he had just lit on fire. As the Jerusalem Post notes, a sudden gust of wind blew the flames back toward the protester, igniting the flag pole and ultimately his clothing. Watch:

Authorities in the Islamic Republic attempted to burn the Israeli flag, as they usually do. But this time, karma got them and they ended up burning themselves.

Meanwhile unlike the regime, ordinary Iranians increasingly refuse to burn or walk on Israeli and American flags. pic.twitter.com/flOKCA44wn

In 2016, several incidents of protesters inadvertently setting themselves on fire occurred right here in our own backyard. In July of that year, as a case in point, a man set himself and two other people on fire while trying to burn an American flag during a rally outside the Republican National Convention in Cleveland. 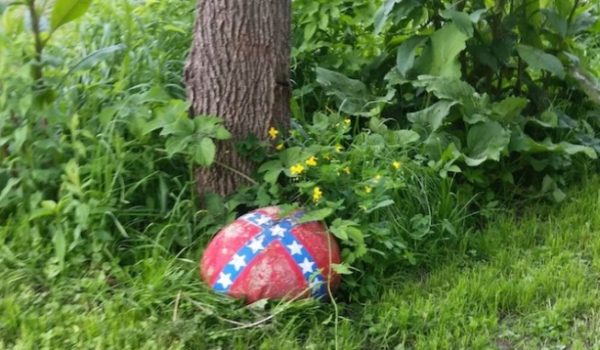