RINCON VILLAGE, TEXAS – Illegal migrants are crossing through private land seeking asylum in the U.S. for a number of reasons, including Joe Biden’s presidency and factors such as violence and natural disasters devastating their home countries, a group of them here said Friday.

Approximately 190 illegal migrants were encountered at an undisclosed location in the Rincon Village near Mission, Texas, on Friday. A man calling himself “Junior” told the Daily Caller News Foundation that he encounters illegal migrants crossing through his private land every day he’s there, which is at least four days out of the week.

“They all say the same thing, Biden nos invitó — Biden invited us,” Junior told the DCNF, asking that his last name be omitted after the media mobbed him in 2018 with requests to access his land.

The illegal migrants have not caused damage to property because they walk only along the road, but they have left behind trash including various medications, clothing, and bottles, Junior told the DCNF. He added he has not recognized anyone that stands out as possible coyotes or cartel members.

“With Obama, it was mostly men with children, no women, but I asked a couple of times, ‘Where’s your daddy?’ and the kid — I remember one kid saying, ‘He’s not here,’ and the so-called father was like five feet away and says, ‘I’m right here.’ He was angry, he was upset, and I could tell, he ain’t the father, but there is nothing I can do,” Junior said.

A Honduran man crossing Junior’s land with a large group of migrants including women and several children said that the Biden administration gave them the opportunity to come to the U.S.

A woman traveling with the same group said she is escaping Honduras with her son because women are being degraded and killed.

A large group of migrants from Guatemala said they “aren’t delinquents” and that they came to the U.S. illegally to find work. (RELATED: EXCLUSIVE PHOTOS: Immigrants Cross the Rio Grande by the Hundreds Every Day. A Handful of Border Agents Are There to Meet Them)

Antonio Flores, 22, from Honduras said he and his family came to the U.S. because of corruption and lack of opportunity in their home country. He added that this journey was not something he wanted to do, that he did not want to leave his country and that the group did not pay anyone to get them across the border.

A group of four male Honduran migrants ages 15 to 17 said they came to the U.S. because a hurricane destroyed their house and that it is easier to enter the U.S. under the Biden administration.

Junior’s land is not a port of entry and all the migrants encountered there Friday had entered the U.S. illegally. During the Trump administration, he would go weeks and sometimes months without seeing an illegal migrant.

Previously, illegal migrants had to walk until they encountered border officials and were brought in. There is now a temporary processing center under an international bridge about five miles from the riverbank. Many migrants are now headed directly to the facility. 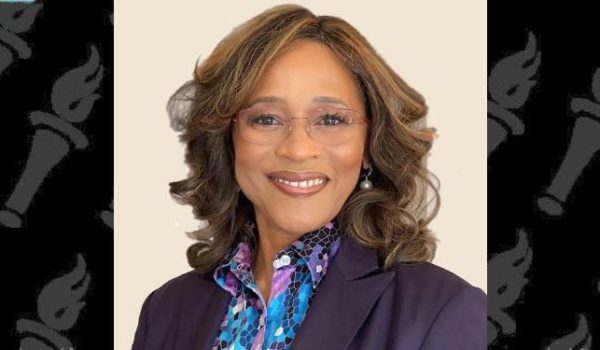