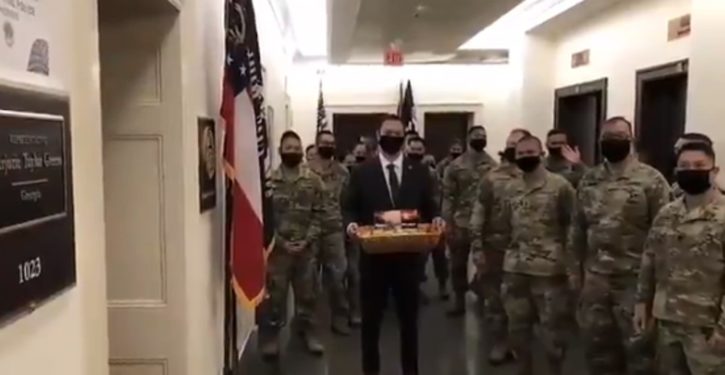 The trigger I pulled when I first saw this is one I would pull again, because it’s the point and the point won’t change.

This is unconscionable. Lloyd Austin should resign immediately: you do not use the uniformed military to make partisan political points.
He need to defend his troops better than this. https://t.co/ptCs6vWKeU

Defense Secretary Lloyd Austin needs to step in and get his uniformed personnel out of the line of political fire.  Frankly, General Mark Milley, Chairman of the Joint Chiefs of Staff, should be urging just that on him.  If Austin can’t get that done, he should move on.

We’ve already seen a four-star general (the commander of Army Training and Doctrine Command), a three-star general (commander of the II Marine Expeditionary Force, through his public information Twitter account), and a command senior enlisted leader (the CSEL at U.S. Space Command) wade into the political war with Tucker Carlson.  Obviously, based on these developments, that level of leadership is too low to be trustworthy as regards keeping the uniform out of politics.

But where are Austin and Milley?  Austin is the one who can shut this train wreck down.  Milley should be advising him to.

Here’s the packaged info zapper that tripped the trigger.

So, mission task: show up the highly-disfavored Republican.  Whatever.

The Hill obediently featured the video clip – which is set to music – with an obligingly partisan headline on Twitter.  That’s what media do: promote partisan themes.

We pause here for the obligatory point that Democratic Rep. Hank Johnson (D-GA) once speculated that Guam might tip over as a result of a proposal to station 8,000 Marines there (i.e., shift them to Guam from Okinawa).  This was afterward explained as a joke, and also set in context by CNN which observed that, according to the Atlanta Journal Constitution, “Johnson has battled Hepatitis C for more than a decade, an ailment that causes him to get ‘lost in thought in the middle of a discussion.’”

Back to our main topic.

Just stop this.  The Guardsmen aren’t at fault.  They’re deployed to the Capitol to do a job.  Listen to the video: it’s obvious they’re visiting Taylor Greene because their congressman wants them to go with him.

Now, there’s actually not a thing wrong with the Guard making a visit to Taylor Greene’s office – something that occurs to you as you watch the event unfold.  It’s the political use other people put the event to that’s the problem.

The Taylor Greene staff responds promptly and enthusiastically to the proposal for their member to meet the Guam Guard.  The aide who steps out to greet them thanks them for what they’re doing on Capitol Hill, and the soldiers are cheerful and polite.  They don’t utter one political word.  They undoubtedly get thanked on a regular basis.  It’s the human, American moment you’d expect.

They don’t need lectures.  They’re not engaged in politics.  Other people are: a particular congressman, Democrats, The Hill, the rest of the media.

Someone in their chain of command should have been vigilant to intervene and prevent this politicized use of the soldiers and the uniform they wear.  The Guardsmen in uniform can’t defend themselves against this.  They have no control over how political actors depict what from all appearances is a friendly visit to a congresswoman’s office.

Their commanding general; General Hokanson (the Chief of the National Guard Bureau); General Milley; Secretary Austin.  The governor of Guam, Lourdes Aflague Leon Guerrero, is in that mix, since it’s her Guard and activated under Title 32.  (The president actually has command of the Guard while it operates in the National Capital Region, but the state and territorial guards have been activated under Title 32.  It’s a situation unique to the NCR, as we’ve discussed before; see the very end of the article at the link.)

I’m not expecting Biden to intervene any time soon.  The chain of command: that’s where the intervention has to happen. Will it?  Time will tell.  But the more the current Democratic leadership in Washington tries to camo-wash left-wing politics, the cheaper and more useless that card will become.  It will take the reputation of the military down with it.  People like Pelosi and Schumer may not care about that.  But Austin and Milley should. 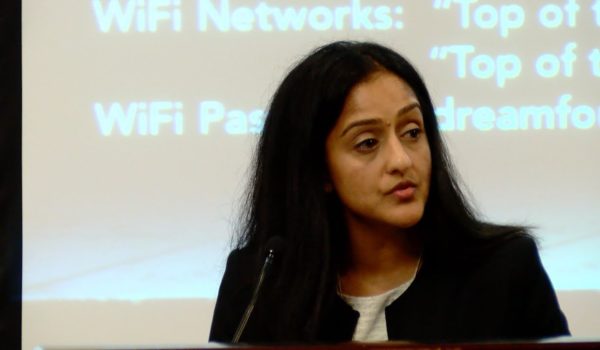 Biden nominee pressed over investment in company that makes chemical used by Mexican drug cartels
Next Post
Biden’s old message to migrants: ‘Come on in.’ His new message: ‘Go away’ 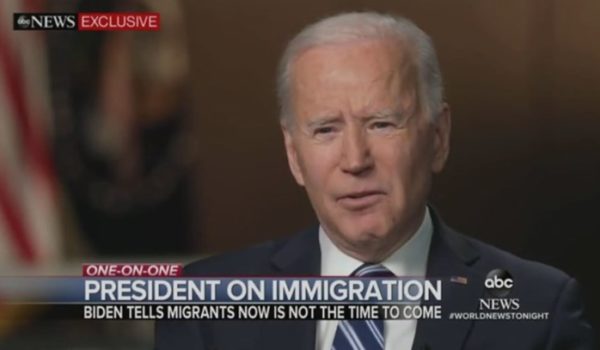