Forbes is reporting that the House version of a $1.9 trillion COVID relief package contains “an extra perk for federal workers” that involves paid time off to stay at home with children not taking part in in-classroom instruction.

The “perk” tucked inside a bill dubbed the “American Rescue Plan Act of 2021” is defined by critics as “a personal bailout for bureaucrats.”

While most of us attempt to teach our kids and wait for a one-time $1,400 payment to help cover mounting bills, federal workers dealing with the same conditions will be privy to a $570 million family leave account exclusively for them.

Eligible to dip into that account are those federal employees “unable to work” because they are caring for children not physically in school full time “due to Covid-19 precautions.”

Like the rest of us. Except their stimulus funds will far exceed what you can expect. Via Forbes:

Under the bill as currently drafted, full-time federal employees can take up to 600 hours in paid leave until September 30, up to $35 an hour and $1,400 a week. That’s 15 weeks for a 40-hour employee. Part-time and “seasonal” employees are eligible, too, with equivalent hours established by their agency. [Emphasis added]

That very nearly amounts to 3.5 months of paid leave at a potential of $1,400 per week. Think about that when you cash in that one-time payment the same House of Congress has potentially authorized for you and your family.

Wow. The BidenBucks bill pays federal employees up to 15 weeks of paid leave at $1400 per week if they have to stay home to virtual school kids.

Fox Business notes that federal employees with kids in private schools would not qualify for the COVID relief perk, but the wording of the bill creates confusion on other qualifiers:

The bill does not specify a cutoff age for children who are learning from home, or whether federal employees with young college-age students would qualify.

Forbes calls the wording “sloppy” and points out that it “sets no age limit for the kids who are home from school.”

The magazine also reports that federal workers whose kids can be in school five days per week, but whose school has an option to learn virtually or through a hybrid setup due to pandemic concerns, would qualify for the paid time off.

An Attack on the Middle Class

If ever there was an example of bureaucrats taking care of their own while tossing out “crumbs” (to borrow a term from Speaker Nancy Pelosi) to the plebeians, this bill, should it pass, is it.

Notice how they’ve already lowered the bar by offering $1,400 payments to the American people in the first place?

Joe Biden told voters just prior to the Georgia runoffs last month that should Democrats win control of the Senate, $2,000 stimulus checks would be sent out “immediately.”

Not only are we still waiting, but for an amount 30% less than promised, and 1/15th of what federal workers under the same difficult conditions everyday people are experiencing would be eligible to receive.

Democrats even made an attempt to shift income thresholds that might disqualify millions from a new round of $1,400 stimulus checks, prompting an outcry from many who viewed it as a “targeted attack” on the middle class.

At least they’ve backed away from that proposal. We should all be grateful for whatever bones they might throw our way because they really don’t care about the people.

And when might the American people see those COVID relief checks that were supposed to go out “immediately”? “Democratic lawmakers were poised to push the sweeping package through the House on Friday,” Fox Business reports. “They were hoping the Senate, where changes seem likely, would follow quickly enough to have legislation on President Joe Biden’s desk by mid-March.”

Let’s hope one of those “changes” involves elimination of the federal employee “perk” and that the president and Congress can start seriously trying to help those in need – many weeks after Biden’s inauguration. 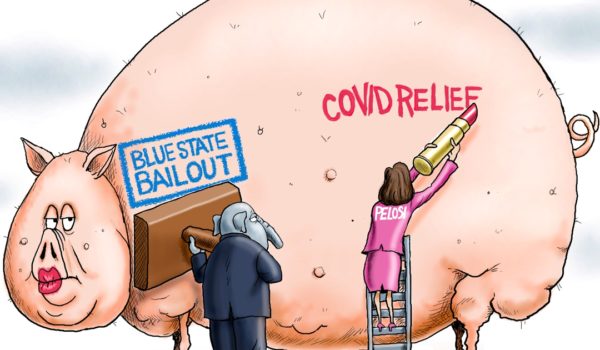 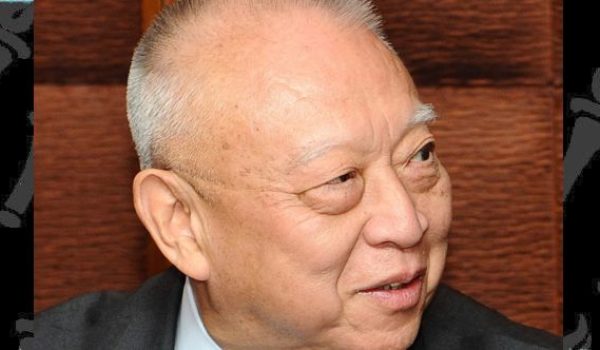