Rep. Liz Cheney (R-Wyo.) has taken at least part of a page out of Democrat Maxine Waters’s playbook. Last week, the Trump-loathing congresswoman from California shared her learned view that former Pres. Donald Trump, whose second impeachment trial begins today, could and should be charged with premeditated murder for his supposed role in the Capitol riots.

In an appearance on Fox News Sunday” with Chris Wallace this past weekend, Cheney also played the “premeditated” card, adding that there is a “massive criminal investigation underway” to determine if former Trump is guilty of inciting “premeditated” violence on the Capitol on Jan. 6.

“People will want to know exactly what the president was doing,” Cheney said, referencing a tweet in which the former president criticized vice president Mike Pence for not being courageous in combating the election results. People “will want to know … whether that tweet, for example, was a premeditated effort to provoke violence.” Making the case for non-premeditated murder will be a heavy lift considering the FBI has revealed learning about plans to storm the Capitol days before Trump spoke his “inciteful” words. (RELATED: WaPo basically admits Trump didn’t incite Capitol riot)

Liz Cheney floats the idea that Trump's tweet attacking Pence during the Capitol insurrection may have been "a premeditated effort to provoke violence" pic.twitter.com/KoyatGirPG

No Future for Trump in the Republican Party

During the interview Cheney also asserted that Donald Trump has no future in the Republican party.

“Somebody who has provoked an attack on the United States Capitol to prevent the counting of electoral votes, which resulted in five people dying, who refused to stand up immediately when he was asked to stop the violence, that is a person who does not have a role as the leader of our party going forward,” she said. “We should not be embracing the former president.”

The reality, however, suggests it is Cheney and the anti-Trump Republicans who are not being embraced by Republican voters. One poll, released last month, shows a vast majority of Republicans do not hold Trump responsible for the Capitol riots, and a staggering 92% still see him as their preferred nominee in 2024. Another poll shows an overwhelming percentage of Republican voters would follow him to a new political party if need be.

Cheney, one of the few Republicans to join the Democrats in voting to stage an unprecedented second impeachment charade, was censured by the Wyoming Republican Party for her actions.

Former Clinton campaign adviser Dick Morris recently told Newsmax that she “has a snowball’s chance in hell of getting reelected.” 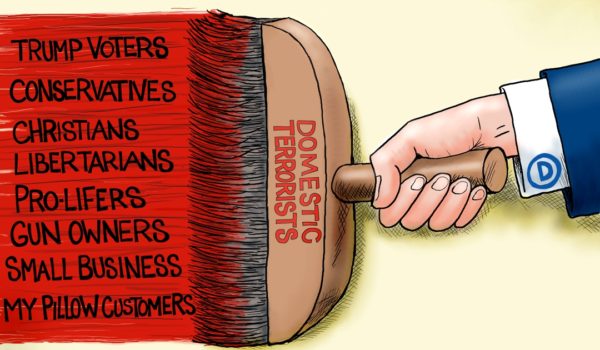