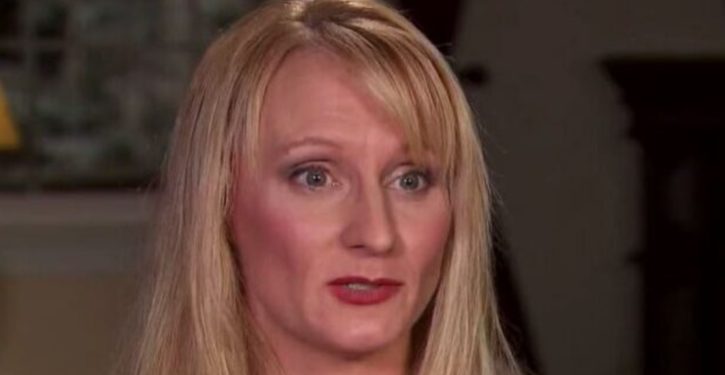 So why was Colleen Oefelein terminated? Her former boss answered that question in a series of tweets that have since been deleted but can still be found in graphic file format in the internet’s interminable memory: 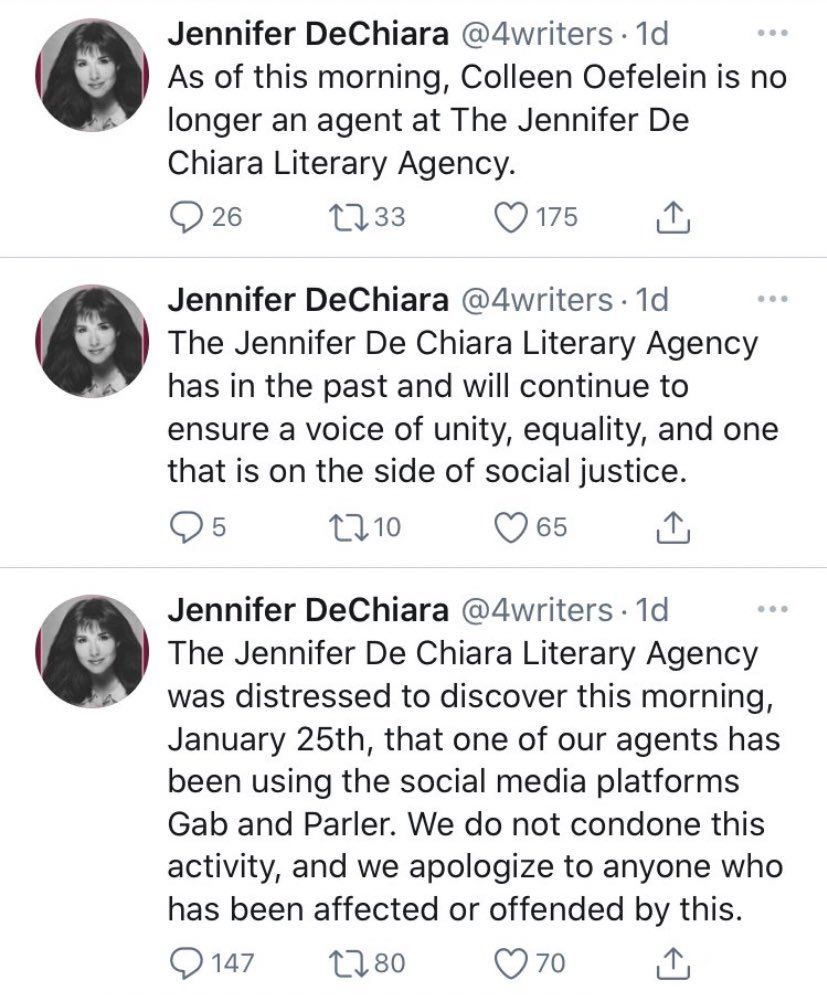 It’s almost a point of fascination that Oefelein’s former boss has the audacity to use words like unity, equality, and justice as grounds for her shameful conduct. Her sense of morality is so twisted that she even apologizes to those (and presusmably such people exist) who have been “offended.” In fact, the values she claims to embrace are the diametric opposite of those embodied in Amazon’s decision to deplatform Parler last month. These are gestapo tactics and nothing less.

This episode is the closest we’ve ever come in the U.S. to witnessing a thought crime. The mere fact of Colleen Oefelein’s having accounts at Parler and Gab was tantamount in her liberal employer’s warped view to being a card-carrying communist back in the McCarthy era.

Parler, for its part, is back online, though, as C|Net reports, “barely.” Which is to say the page is up but there is no option for posting by users. What there is is a message from the site’s founder, John Matze, headed “Technical Difficulties.” It reads:

Now seems like the right time to remind you all — both lovers and haters — why we started this platform. We believe privacy is paramount and free speech essential, especially on social media. Our aim has always been to provide a nonpartisan public square where individuals can enjoy and exercise their rights to both.

We will resolve any challenge before us and plan to welcome all of you back soon. We will not let civil discourse perish!

Let’s hope so, if not for John Matze’s sake then for the preservation in this nation of the freedom of speech.