House Speaker Nancy Pelosi ratcheted up the fiery rhetoric in an interview with MSNBC that aired Tuesday, in which she suggesting former Pres. Donald Trump could be charged as an accessory to murder for his alleged role in the Capitol riots.

Pelosi alleged that Trump’s words incited the crowd of protesters on Jan. 6 to engage in violent acts at the Capitol. “[The] president’s words are important,” she told anchor Joy Reid, adding:

They weigh a ton. And if you’re Donald Trump talking to these people, they believe it and they used his words to come here.

When we talk about ‘did any of our colleagues collaborate?’ Well, that remains to be seen. We have to get the evidence of that. And if they did, they would be accessories to the crime. And the crime, in some cases, was murder. And this president was an accessory to that crime because he instigated that insurrection that caused those deaths.

"When we talk about, 'did any of our colleagues collaborate?’ — that remains to be seen … If they did, they would be accessories to the crime. The crime, in some cases, was murder. This president is an accessory to that crime," Speaker Pelosi says about the Capitol riot. pic.twitter.com/wZW5AFZmBb

The Vitriol Was Thick

The woman who has claimed repeatedly that she hates no one and prays for Trump daily went on to call him a “stain on the country,” adding:

Notice that Pelosi ridiculously accuses Trump of murder in almost the same breath where she correctly observes “words are important.” Was she trying to incite her base to violence and vigilante justice against the now-former president?

Earlier this month, Pelosi leveled racial allegations against those who stormed the Capitol, stating they chose their “their whiteness” over democracy. “It has been an epiphany for the world to see that there are people in our country led by this president, for the moment, who have chosen their whiteness over democracy,” Pelosi said.

.@SpeakerPelosi and I agree:

Congress needs to establish an investigative body like the 9/11 Commission to determine Trump's ties to Putin so we can repair the damage to our national security and prevent a puppet from occupying the presidency ever again. pic.twitter.com/yR7LQmXm5Z

“I would love to see his phone records to see if he was talking to Putin the day the insurgents invaded our Capitol,” Clinton told the speaker.

“I don’t know what Putin has on him politically, financially or personally, but what happened last week was a gift to Putin because Putin wants to undermine democracy in our country and throughout the world,” Pelosi replied.

The California congresswoman believes there should be a “9/11 commission” to examine the events at the Capitol and what role Trump played in them.

A number of commentators on both sides of the aisle have observed that if Biden is sincere about his pledge to unify the nation a good starting point would be to urge Congress to drop the impeachment charges against the former president. Pelosi is arguing not only in favor of attempting at last to secure her pound of flesh but to add charges that no sentient person would believe can stand up in a court of law. 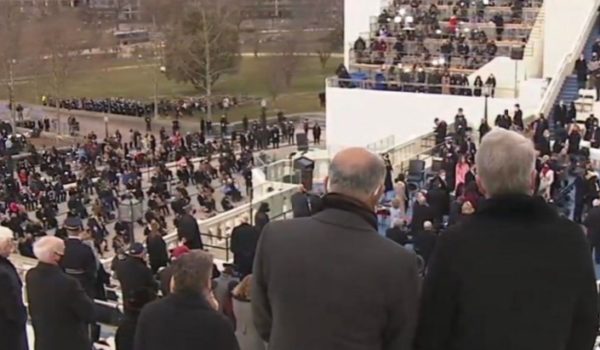