A federal appeals court in Manhattan struck down New York Governor Andrew Cuomo’s lockdown orders against houses of worship, stating it “discriminates against religion on its face.”

A three-judge panel on the United States Court of Appeals for the Second Circuit sided unanimously Monday with the Roman Catholic Diocese of Brooklyn, the Orthodox Jewish group Agudath Israel of America, and two synagogues, in their lawsuit against Cuomo.

At issue was the number of people that could attend religious gatherings. The religious houses argued that Cuomo had unfairly targeted them with arbitrary rules while other businesses deemed essential could remain open and without restriction.

The ruling by the Second Circuit comes about a month after the Supreme Court issued a temporary injunction blocking Cuomo’s efforts to limit religious gatherings during the pandemic.

Justice Neil Gorsuch, another appointee of President Trump, said in his concurring opinion that the government “is not free to disregard the First Amendment in times of crisis. There is no world in which the Constitution tolerates color-coded executive edicts that reopen liquor stores and bike shops but shutter churches, synagogues and mosques.”

Cuomo, at the time, dismissed the Supreme Court’s ruling as “moot” and “irrelevant,” claiming the restrictions had been lifted in the areas in question. Still, the court opined that the restrictions “strike at the very heart of the First Amendment’s guarantee of religious liberty,” and that “even in a pandemic, the Constitution cannot be put away and forgotten.”

Gabbard Tears Into the Lockdown Edicts

“While COVID may temporarily require certain public health restrictions, houses of worship MUST be treated same as secular institutions — not more harshly/strictly,” she said, a direct shot at Governor Cuomo.

As for Monday’s ruling, a lawyer for one of the plaintiffs predicted the decision would extend beyond just COVID restrictions: “It is a clear statement … that government can’t disfavor religious conduct merely because it sees no value in religious practice.”

While Cuomo views these rulings as irrelevant, ensuring freedom and religion for all – even during a pandemic – is anything but. And restricting those freedoms is unconstitutional.

How ‘kooky’ has attorney Lin Wood become? Ask one of his most famous clients
Next Post
Full audio and transcript of Trump-Raffensperger call: WaPo distorted what president said 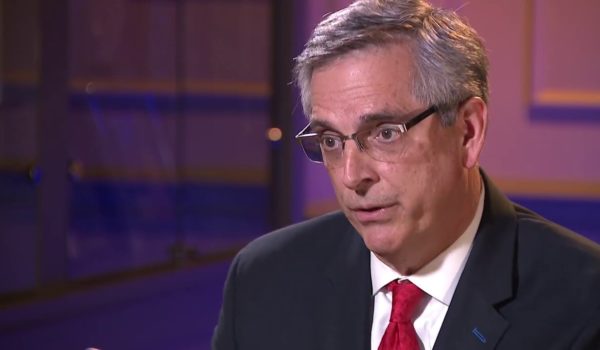