Boston University professor and head of the school’s Center for Antiracist Research Ibram X. Kendi is back in the news. Kendi, who is author of the self-help book “How to be Antiracist,” knows all about inequality, having recently given an hour-long presentation to teachers and administrators in Fairfax County, Va., for which he was paid $20,000. That works out to $333 a minute. Not bad work if you can get it.

Kendi’s latest words to live by came in a tweet in which he claimed that “the term ‘legal vote’ is as fictionally fraught and functionally racist as the terms ‘illegal alien’ and ‘race neutral’ and ‘welfare queen’ and ‘handouts’ and ‘super predator’ and ‘crackbaby’ and ‘personal responsibility’ and ‘post racial.’”

The term “legal vote” is as fictionally fraught and functionally racist as the terms “illegal alien” and “race neutral” and “welfare queen” and “handouts” and “super predator” and “crackbaby” and “personal responsibility” and “post racial.”

By offering a comparison rather than a definitive declaration, one might get the impression that he was leaving the judgment on the term’s relative “racistness” up to the individual, but that’s actually not the way Kendi rolls. His pronouncements are to be understood as gospel. And they are, as Hans Bader notes, by publications such as the Washington Post and the New York Times. When Kendi puts out provably false axioms like “When I see racial disparities, I see racism,” the Times clicks its heels and salutes.

The singular problem with Kendi’s latest observation is that term legal vote is determined, as its name implies, by immutable law. According to the 26th Amendment of the U.S. Constitution, for example, “The right of citizens of the United States, who are eighteen years of age or older, to vote shall not be denied or abridged by the United States or by any State on account of age.” Any vote cast in an election that doesn’t meet that age criterion is illegal.

Then again, I suspect Dr. Kendi lives by his own set of laws. 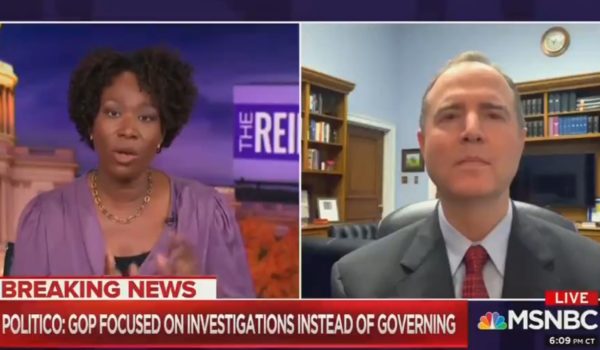 Joy Reid: ‘Are we going to have sit through GOP doing investigations for next four years?’
Next Post
Ocasio-Cortez says she’s upset by loss of Dem House majority: Just one problem