The emphasis in the title of an article in The Atlantic — “Why Biden Needs Black Men” — is on “men.” The author, Adam Smith, himself a black male, argues that although black women are likely a lock for Joe Biden in the upcoming election, “Black men have not been reliably Democratic in such large numbers”:

But a new report by FiveThirtyEight suggests that that pitch may not be reaching its intended audience. Trump, it notes, “is cutting into Democrats’ lead with Black voters.” This is particularly true among black millennials between the ages of 18 and 29, 35% of whom “agreed that although they didn’t always like Trump’s policies, they liked his strong demeanor and defiance of the establishment.”

This sensibility seemed to be borne out by a question from a member of that demographic at Biden’s primetime town hall on ABC last week:

Besides ‘you ain’t black,’ what do you have to say to young black voters who see voting for you as further participation in a system that continually fails to protect them.

The reference was to Biden’s ill-chosen reaction to Charlamagne tha God back in May when the popular black radio host said he still had questions for both presidential candidates before throwing his weight behind one. Since that time, Charlamagne’s support appears to have gravitated more in the direction of Trump.  Here he is in an interview last night with CNN’s Don Lemon. A transcript follows:

To answer your question more deeply, when it comes to black people you see who maybe are showing support for Trump. I think it’s because Trump is talking to young black male voters, he’s directing ads toward them. They are a group that never get courted. Black people don’t get courted as whole but old democratic regime speaks to old black men and think everybody else is going to fall in line. Black women are going to show up regardless. Speak to older black men and think rest of us speak the same language.

The longstanding belief among Democrats that the black vote is reliably monolithic is being challenged by other influential blacks. As Hans Bader wrote yesterday, rapper 50 Cent has endorsed Donald Trump for president, citing the massive tax increases proposed by Joe Biden as a motivating factor. 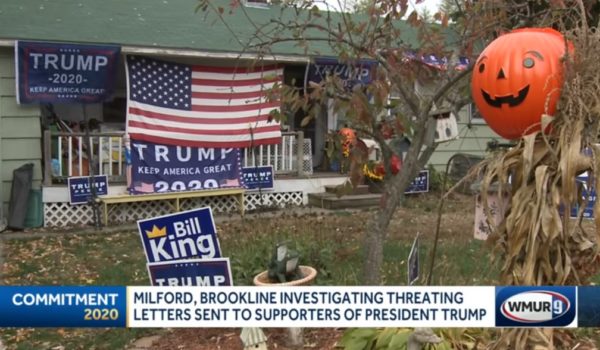