Schiff made the claim on CNN even though the Biden campaign and Hunter Biden have not disputed the veracity or the origin of the emails.

“This particular smear … has come from the Kremlin, and there it is from the Oval Office, another propaganda coup from Vladimir Putin, showing the president of the United States holding up a newspaper crediting Kremlin propaganda,” Schiff told CNN’s Wolf Blitzer.

He was responding to a photo of Trump holding up a copy of the New York Post from Wednesday that bore the headline: “Biden Secret E-Mails.”

Despite Schiff’s allegations, no evidence has yet appeared to support the theory that Russia was involved in obtaining or releasing the Biden emails.

To be sure, numerous questions remain about how the documents made their way to the Post and whether they have been altered or fabricated.

Proponents of the theory of Russian meddling have cited Trump lawyer Rudy Giuliani’s involvement in providing the emails to the Post.

Giuliani for the past two years has investigated Hunter Biden’s work for Ukrainian energy company Burisma Holdings, as well as his business dealings in China. The former New York City mayor has worked with a stable of characters to dig up Biden dirt, including Arkady Derkach, a Ukrainian lawmaker who the U.S. government sanctioned last month because of his ties to Russia.

But Giuliani insists that he obtained the emails from the owner of a computer repair store in Delaware who claims they came from a laptop that Hunter Biden dropped off at his shop last year.

The shop owner, John Paul Mac Isaac, told the Post that a man he believed to be Biden dropped the computer off for repair in April 2019 but never came back to retrieve it.

He said he copied the computer’s hard drive in December 2019 before turning it over to federal prosecutors in response to a subpoena. He shared a copy of the hard drive with Giuliani within recent weeks.

While Democrats have suggested that the emails are part of a disinformation campaign, the Biden campaign and lawyers for Hunter Biden have not disputed the veracity of the emails. They have also not denied that Biden dropped his computer off at the repair shop last year.

According to the Associated Press, the FBI is investigating whether the Russian government played a role in the Hunter Biden email release.

Schiff himself may have promoted Russian disinformation during his numerous investigations of Trump. He touted the infamous Steele dossier, which alleged that the Trump campaign conspired with the Kremlin to influence the 2016 election.

A Justice Department report said that the FBI received evidence that Russian intelligence operatives may have fed disinformation to Christopher Steele, the ex-British spy who compiled the dossier. 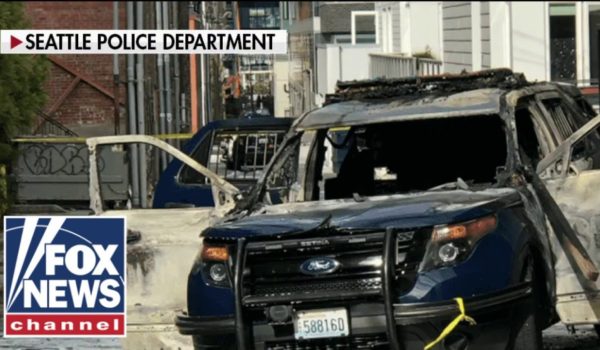