By now most readers have probably seen the basics of the tale told by the laptop taken to a repair shop in Delaware in April 2019.

Emails recovered from the laptop appear to confirm that Hunter Biden arranged for Ukrainian energy executives to meet with then- Vice President Joe Biden in 2015, several months prior to the 2016 meeting at which, Joe Biden later bragged, he got Ukraine’s Petro Poroshenko (the president at the time) to dismiss a prosecutor who was investigating the gas company Burisma.

Other correspondence sheds light on Hunter Biden’s professional cred as a grifter leveraging the connection with his father.  Readers will attest, if there’s any truth in them, that I never use the word “grifter.”  I actually despise it and consider it wildly overused.  (Never-Trumpers, for example, are forever using it to disparage prominent Trump supporters, almost always unfairly.)

But Hunter Biden comes off as a textbook grifter in the preparations we see him making for a run at Burisma, where he wants to join forces with Rosemont Seneca partner Devon Archer in playing the Biden connection for the biggest payoff from the Ukrainian company they can get.

The envisioned negotiation with Burisma, laid out in an email in April 2014, apparently refers to the then-vice president as “my guy.”  Hunter Biden tells Archer to buy a burner phone for future communication about the negotiation, and cautions that they don’t want to “create too great an expectation” about what can be achieved from his “guy’s” upcoming visit to Ukraine (apparently Joe Biden’s visit in April, during which the elder Biden held a press conference with Ukrainian Prime Minister Arseniy Yatsenyuk on 22 April).

“We need to temper expectations regarding that visit,” wrote Hunter.  But, he said, “This could be the break we have been waiting for if they are really smart enough to understand our long term value. … We could be invaluable in expanding their operations outside Uk by promoting their US partnerships and expertise- …”

As the New York Post notes, what Hunter sent to Devon Archer in April 2014 was an elaborate 22-point plan for these delicate negotiations.  The precaution of not speaking his father’s name is noteworthy, as is the mandate to use burner phones for communication.  Those are good indications Hunter understood what he was doing.

There could be a lot more to say about that, but we’ll save it.  Just a couple of additional observations.  One is perhaps a minor one, but also telling about the type of negotiation Hunter understood himself to be embarking on.

The NY Post alludes to it in its notes on the 22-point negotiation plan.  The conclusion of the email discusses security and background investigation for the plan:

The email wrapped up with Hunter Biden saying, “We should also find a highly credible and discreet firm to perform due diligence and deep information for us on an ongoing basis. The kind of people that can get us information that’s not available through a google search and some phone calls.”

“We can use our own funds to pay for it and I’m sure your buddies down in Little Creek have some trusted independent contacts that do that sort of work,” he added.

The reference to Little Creek is unclear, but there is a US Navy station located in Virginia Beach, Va., that’s called Joint Expeditionary Base Little Creek-Fort Story.

Yes, Little Creek.  Hunter Biden is talking about the Navy SEALs here.  Naval Special Warfare Group Four is at Little Creek in Norfolk, Virginia, supervising the East Coast SEAL teams.  (There is nothing classified about that information.  Fort Story is not co-located with Little Creek, but is situated several miles east of it in Virginia Beach, facing the mouth of the Chesapeake Bay.  Apart from the SEALs, Little Creek’s big function is hosting amphibious ships as the hub for their type on the U.S. East Coast.  The SEALs have training facilities at Fort Story.)

There isn’t enough quickly-available information online to determine why Devon Archer, in particular, would have “buddies” at Little Creek.  But his and Hunter’s former investment partner Chris Heinz, John Kerry’s stepson, is a board member for the Navy SEAL Foundation (which is headquartered in Coronado, California).  The backstory on Rosemont Seneca has indicated that Archer and Heinz knew each other well at the time Heinz invested in the firm.

So: Hunter Biden was familiar with contracting security and investigations to former special forces operatives.  The picture that emerges is of a (then) 44-year-old who knew his way around slightly- to somewhat-shady foreign business dealings.  (From the material in his 22 points, he knew what his value was to potential foreign clients as well.  They weren’t hiring him because of expertise in their industries.)

Notice what the FBI and the U.S. Attorney didn’t do

The other observation is something readers may have missed, given the natural focus on the immediate point that the laptop contents refute what Joe Biden has been saying.

It’s this little detail:  we’re not getting the information directly from the laptop.  We’re getting it from a copy of the hard drive made by the repair shop proprietor, before he turned the laptop in to the FBI in December 2019.

That’s almost a year ago.  Where has the laptop been all this time?  We know from the Post how the information got to them: the repair shop owner gave a copy of the hard drive contents to Rudy Giuliani’s lawyer, and Giuliani provided a copy of them to the Post on Sunday (11 October 2020).  NYP had learned of the laptop’s existence from Steve Bannon, Trump’s former strategic adviser.

But the U.S. Department of Justice authorities in Delaware have had the laptop since December of last year.

Who, if anyone, has been doing what with it?  This can’t help having the same odor about it as the delay in the Southern District of New York in doing anything with the Anthony Weiner laptop in 2016. (I note, as this goes to post, that sundance at Conservative Treehouse has made the same observation about the lack of movement from the feds in Delaware.)

During that earlier period, Weiss worked some high-profile cases with the Delaware state attorney general at the time, Joseph R. “Beau” Biden, III.  Beau Biden was attorney general of Delaware from 2007 to 2015, when he left office while being treated for brain cancer, but holding open the possibility that he might run for his father’s old Senate seat.

During Beau Biden’s tenure, and while Weiss was Acting USA, a major case arose from which Beau Biden had to recuse himself: a corrupt political donations case involving a Delaware beer distributor named Christopher Tigani who had donated to a number of high-profile Democrats.  Among them were Vice President Joe Biden, state Attorney General Beau Biden, and erstwhile Governor Ruth Ann Minner.

Even Delaware Democrats were shocked by the extent of the revelations about Tigani’s donation schemes.  Tigani quickly took a plea on federal charges and, according to Weiss, was very cooperative.  Weiss had turned his office over to his successor, Charles M. Oberly, III, by the time Tigani was sentenced, but there were vocal critics of the “minimal” two years’ incarceration Tigani got for the extensive list of felonies.

It was, said many pundits at the time, evidence that sunlight and cleansing winds were not being allowed to penetrate the “Delaware Way”; i.e., the pervasive cronyism felt by many to be characteristic of the political system in the small state.

However that may be, it’s at least interesting to note that some of the same players, namely the U.S. Attorney, are cycling through when a laptop is turned in to the FBI in Wilmington and is never heard from again – until a copy of its contents makes its way through a civilian investigator in New York to the news media.

Also necessary to highlight: the repair shop owner looks to have been in compliance with the law.  The laptop was never retrieved by the owner, and the work on it was never paid for.  It was thus considered abandoned after 90 days, per the work contract, with the laptop and its contents becoming the property of the repair shop.

90 day abandonment clause is common and required. Computer tech for 30 years and I had to add an abandonment clause to recover costs when customer doesn't return for computer. Data is abandoned also, becoming property of tech business. It's normal and legally needed!

There was no "hacking" or "disinformation" involved in the NY Post Biden bombshell. All of the evidence is first-hand material from Hunter's computer, which a repair shop acquired after he abandoned it. Twitter+Fbook are inventing excuses for censorship that don't make sense.

Hunter Biden's secret emails were taken from a laptop that he dropped off for repair at The Mac Shop in Trolley Square. @nypost forgot to blur out one reference to the shop. https://t.co/0hd7QK6e82 pic.twitter.com/GpX3E1JJvX

The owner surrendered the laptop under subpoena to the FBI; he had a right to clone the hard drive before doing so, since it belonged to him.

Many will no doubt have heard that Twitter spent 14 October trying six ways from Sunday to suppress circulation of the NY Post articles.  Users including the Post, its editor, Sohrab Ahmari, and White House spokeswoman Kayleigh McEnaney found their accounts suspended or tweeting abilities limited, and other users complained most of the day that Twitter literally wouldn’t permit them to tweet the original NY Post article from its own URL.

Twitter is now banning users from linking to the bombshell New York Post story about Biden family corruption. This is brazen election interference on behalf of the Biden campaign. pic.twitter.com/9109ipLjjp

Twitter made the excuse that the information in the article had been “hacked,” but that isn’t the case.

Ted Cruz was having none of it.

.@Twitter and @Facebook’s censorship of the @nypost story on a meeting between Hunter Biden, Joe Biden, and Burisma is an obvious and transparent attempt to influence the upcoming election. That’s why today I sent a letter seeking answers behind this censorship. pic.twitter.com/fq1aCUbH5X

It will be of interest to find out, down the road, if the feds in Delaware sat on the laptop, or if DOJ in Washington, D.C. was notified of its existence sometime after December 2019.

*UPDATE*: Sen. Ron Johnson spoke to Sean Hannity on Fox Wednesday evening and said the “whistleblower” – a reference to the repair shop owner – contacted his committee the day he and Chuck Grassley issued the Senate report on Joe Biden’s conflicts of interest in Ukraine.  (I’m presuming that’s the report he alludes to.)  That report was issued on 23 September 2020.  Johnson says they’ve been working to confirm the facts behind the NY Post report, and obviously have the same question asked here: what has the FBI or the Delaware USA been doing with the laptop since December 2019?  (H/t Gateway Pundit on the video clip.) 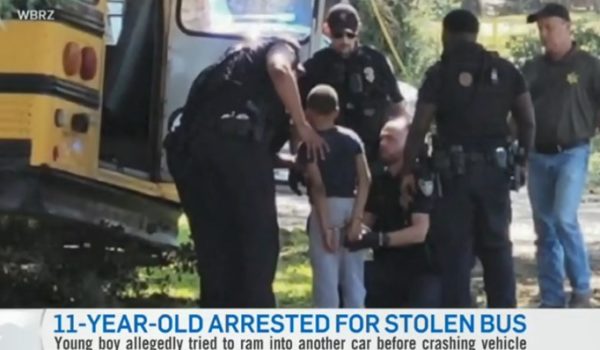