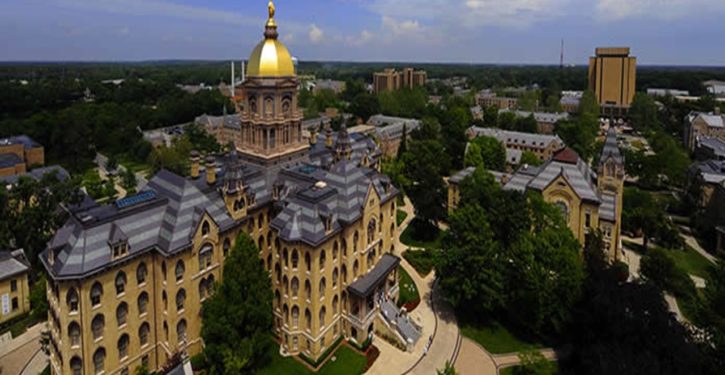 Ah, open letters from faculty! Such missives always end up giving the university a black eye and making the signatories themselves look like a bunch of schmucks.

We saw this in its most famous iteration in the Duke lacrosse case when a “group of 88” faculty members took out an ad in “The Chronicle” condemning the accused and expressing solidarity with the accuser — who of course ended up having invented the whole story.

The 93 Notre Dame faculty whose names are affixed to the open letter at the website Teacher-Scholar-Activist (the logo for which not insignificantly includes an illustration of a raised fist!) aren’t suggesting anything as drastic as the group of 88. They even begin their letter by congratulating Amy Coney Barrett on her monumental achievement. Then they lower the boom.

“[W]hile we are not pundits, from what we read your confirmation is all but assured,” they write. “That is why it is vital that you issue a public statement calling for a halt to your nomination process until after the November presidential election.”

The letter goes on to enumerate three reasons for their request, all previously raised elsewhere. The first is that voting is already underway. That is true, but there is no provision in the Constitution for delaying a confirmation hearing because it is an election year. In fact, it has happened 29 times before. The argument that the Americans who already voted are being denied their voice in choosing a Supreme Court Justice is also specious. In fact, a plurality of Americans who already voted are hearing their voices loud and clear in this process. They are Americans who voted for Donald Trump in 2016.

The second reason given for delaying the confirmation hearings — to honor “Ruth Bader Ginsburg’s dying wish was that her seat on the court remain open until a new president was installed” — has been thoroughly explored elsewhere in these pages. There are several reasons for rejecting it, apart from the fact that the Constitution makes no special provision for dying wishes. Suppose, hypothetically, that Donald Trump wins re-election in 2020. It is entirely plausible that he might. That means a “new president” wouldn’t be installed until 2024. Are we to believe that Ginsburg was selfish enough to have wanted the high court to remain shorthanded for four years in order to cater to her whim?

The final reason given is that the country is “consumed by polarization, mistrust, and fevered conspiracy theories.” But the same was true during the eight years of the Obama presidency, and I can’t recall anyone urging him to suspend Supreme Court nominations until a “better” president came along.

Social media’s role in democracy: More harmful than helpful?
Next Post
Cartoon of the Day: A higher loyalty 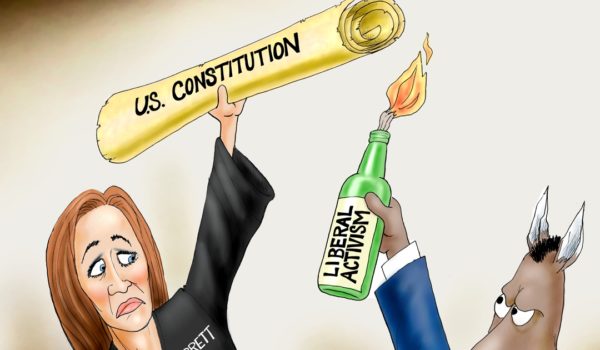