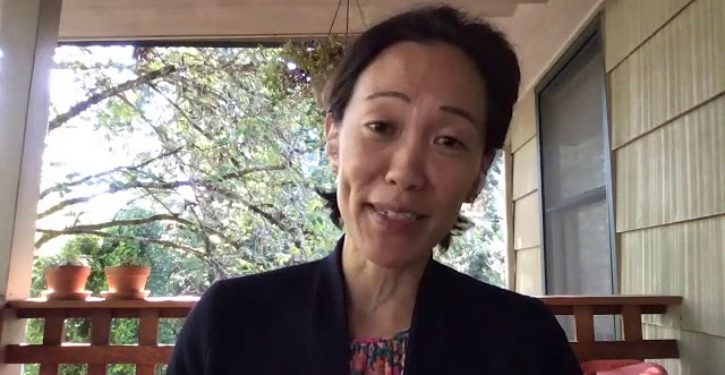 The media’s moratorium on spewing far-left garbage is apparently over. On MSNBC it was business as usual last night as Joy Ann Reid and a panel of commentators that included ER doctor and feminist Esther Choo attempted to poke holes in reports that Donald Trump has tested negative for COVID. This is the same Joy Ann Reid who tweeted on Oct. 2 that she has “a cellphone full of texts from people who aren’t sure whether to believe Trump actually has covid.”

But never mind that. The focus now is on whether White House physician Sean Conley was truthful when he reported Monday that the president tested negative for the virus on consecutive days. Naturally, Reid and  company had their doubts because Orange Man Bad.

This letter that came out from the president’s physician, who had issues with the statements that he’s made being odd. He says that Donald Trump is no longer infectious while not providing any proof of that. And he said he tested negative on two consecutive days but didn’t say which days. Am I just overthinking this?…

That’s probably the first time anyone has questioned whether Joy Reid was overthinking. In any case, Dr. Choo reassured her she was not and then some:

The note is odd. And I’ll tell you, all of us on the medical side reading this are head-scratching, like every single time that Conley releases something. It is never straightforward. It always takes many levels of thinking to figure out what he’s talking about. And even in this memo he talks about Trump being negative and then mentions antigen tests, which are known to be low sensitivity tests. And actually even on the HHS web site it says, if you are going to be using antigen tests, there’s a high likelihood that you could have a false negative and you need to follow that up with a confirmatory test. So when you have something like a PCR test, which is a high sensitivity test, and antigen tests which are low-sensitivity tests, the White House is basically saying, ‘We are deliberately choosing the test that is not used, particularly because it is not sensitive enough to pick up disease that is still there. So they are choosing a strategy — again, they name all these tests. There’s lots of tests out there, some of them have been barely used on anybody except in a research setting, things like subgenomic RNA and viral cultures, which are very difficult to do. They are choosing a testing strategy that they know will likely be negative and then bragging about it. It’s deliberately confusing even to medical professionals.

So what can we glean from this? The main takeaway is that the White House physician is in league with the president in deliberately misleading the American people about the president’s health. And none of this strikes anyone on the panel as sounding even remotely like a conspiracy theory.

Perhaps some background information on Esther Choo will provide perspective. The doctor, who has has practiced medicine for more than a decade, has more than once been rejected by emergency room patients who have refused treatment by her “solely because of her race.” Here she is in her

1/ We've got a lot of white nationalists in Oregon. So a few times a year, a patient in the ER refuses treatment from me because of my race.