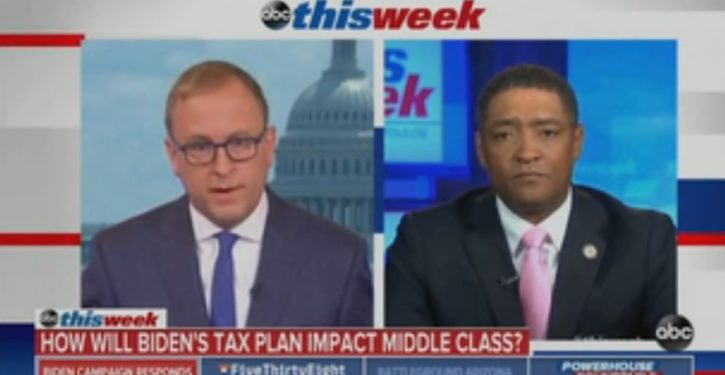 What in the world is going on? Were the media visited during their dreams last night by the Ghost of Journalism Future, who pointed to a lonely grave whose headstone read “Dan Rather,” prompting them all to repent?

Earlier Ben Bowles noted that CNN anchors Jake Tapper and Wolf Blitzer, in separate appearances, took Democrats to task for claiming that nominating a Supreme Court justice this close to an election was somehow unconstitutional.

Now it turns out that ABC’s Jonathan Karl did the same. Hosting the network’s “This Week” on Sunday, Karl interviewed Biden campaign co-chair Rep. Cedric Richmond, whom he grilled over Joe Biden’s claim that repealing the Trump tax cut, as he plans, will not raise the taxes on middle class Americans. Said Karl:

Let me ask you: Kamala Harris in the VP debate said that she wanted to repeal the Bush — the Trump — tax cuts on day one. Do away entirely with the law. The Trump tax cuts lowered — significantly lowered — tax rates for lower income earners. Middle income workers saw $900 a year in tax savings. Repealing the Trump tax cuts, full on repeal, that does raise taxes on middle income earners, doesn’t it?

A video of the exchange follows:

Richmond was nonplussed, initially seeming to agree with Karl that eliminating the tax cut would indeed raise taxes. “No, look, I agree,” he began before catching himself. “I agree that policy center would take that opinion. What we have seen — our goal is to not raise taxes on anyone making less than $400,000.”

Meantime, what is motivating these ordinarily contented purveyors of fake news to suddenly turn honest? And will it be contagious? 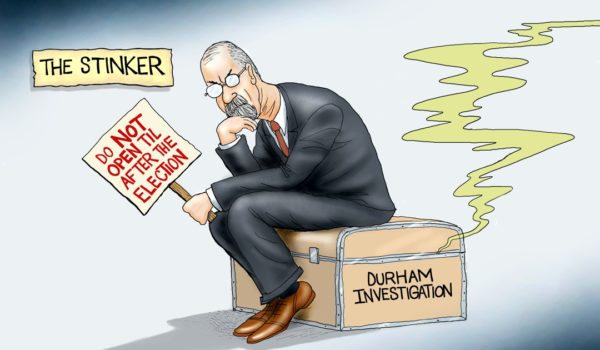 Cartoon of the Day: Wimping out
Next Post
Portland rioters topple statues on ‘day of rage’ against Columbus Day