Contrary to Biden’s claim, a Senate report released on Sept. 22 that revealed the wire payment, which was made to Hunter Biden’s company in 2014, has not been disputed.

Trump brought up Hunter Biden’s business dealings during one of many contentious exchanges during the debate. “Just out of curiosity, the mayor of Moscow’s wife gave your son $3.5 million. What did he do to deserve it?”

“He didn’t get $3.5 million, Joe?” Trump asked, while also bringing up hundreds of thousands of dollars that Hunter Biden received from his position on the board of Burisma Holdings.

“My son did nothing wrong at Burisma,” Biden said.

BURISMA BIDEN: @realDonaldTrump pushes Joe to reveal "what did [Hunter Biden] do to deserve that [money]?" as Chris Wallace tries rein the candidates in. #Debates2020 pic.twitter.com/iy6gzwK7mJ

A Senate report released last week said that Elena Butarina, whose husband was the mayor of Moscow through 2010, wired $3.5 million to a business co-owned by Hunter Biden in February 2014.

“These transactions were identified because of Baturina’s reported criminal activity,” the report states.

The report, released by Republicans, also cited confidential banking documents which said that a Chinese businessman with ties to the Chinese Communist Party wired millions of dollars to companies and bank accounts linked to Hunter Biden.

The report focused heavily on Hunter Biden’s position on the board of directors of Burisma Holdings, which has long been under investigation for alleged bribery in Europe.

Hunter Biden joined the firm in April 2014, right after his father took over as the Obama administration’s chief liaison to Ukraine.

The report did not reveal any evidence that Joe Biden altered U.S. policy or intervened to help Burisma because of his son’s position with the company. But two State Department officials in 2015 and 2016 raised concerns that Biden’s board position was a conflict of interest for the Obama administration.

Hunter Biden has not addressed the revelations in the Senate report. His attorney did not respond to The Daily Caller News Foundation’s requests for comment last week. 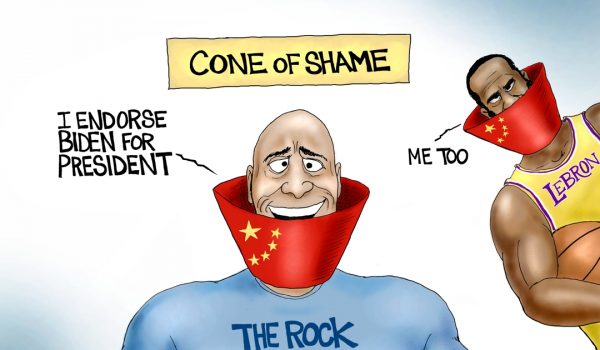 Cartoon of the Day: Rock the Vote
Next Post
One post-debate poll offers some very good news for Trump