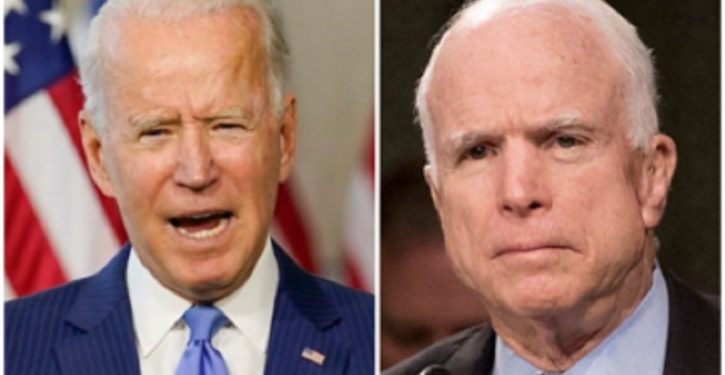 In 2008, Democrat Joe Biden mercilessly derided the late Sen, John McCain as “an angry man” too afraid to confront Barack Obama to his face.

It is an important reminder in the wake of an endorsement of Biden by McCain’s widow, Cindy, of how fickle the Left can be.

Friction during the 2008 election arose when then-Republican vice presidential nominee Sarah Palin mentioned links between Obama and 1960s radical leader of a domestic terrorist group, Bill Ayers. McCain had resisted making such links for quite some time, but Palin finally put them at the forefront as the campaign was winding down. Biden, displeased, launched an attack on the man he had claimed was his friend.

“What you are seeing is an angry man,” Biden lashed out.

Reuters reported at the time rgar the Democrat had “saluted McCain as a war hero,” but “now seems to challenge his manhood.”

“In my neighborhood where I came from if you got something to say to a man, look him in the eye and say it,” Biden said.

Then-Sen. Biden also denigrated McCain as a puppet of George W. Bush. “You can’t call yourself a maverick when all you’ve ever been is a sidekick,” Biden scoffed during a campaign speech.

In fairness, comments like these are business as usual between rivals for high political office. But the fact that Cindy McCain is willing to to bury the hatchet with Biden, but not Trump, is pretty telling.

“My husband John lived by a code: country first. We are Republicans, yes, but Americans foremost,” she tweeted, adding, “There’s only one candidate in this race who stands up for our values as a nation, and that is [Joe Biden].”

Joe Biden is a wonderful man and dear friend of the McCain Family. However, I have no intention of getting involved in presidential politics.

Presumably, the McCain family’s Republican values would include being pro-life, lower taxes, freedom from government. Imagine becoming so entrenched in the “Orange Man Dad” philosophy that you abandon all of those values.

But then, abandoning one’s principles because of your hatred for one man is a very McCain thing to do. “McCain argued for years to repeal Obamacare,” The Political Insider’s Wayne Dupree writes, “but when he had the chance to cast the deciding vote to repeal Obamacare, he voted against the action, solely because of his dislike for Trump.” If you’re so distraught by the president’s mean-spirited words that you’re willing to compromise core beliefs as a Republican and conservative, then you’re clearly unprincipled to begin with.

The Obama campaign also committed the “sin” of belittling McCain’s war record, mocking him for the injuries he suffered, scoffing at his age, and even comparing him to a Nazi.

The following campaign ad joked about McCain’s inability to send an email.

“McCain’s severe war injuries prevent him from combing his hair, typing on a keyboard, or tying his shoes,” Mary Leonard wrote in the Boston Globe in 2000.

How quickly everyone forgets that Biden and his supporters said some nasty things during the heat of a political battle. Yet, his side has been forgiven, the other not.

Times Square New Years Eve Celebration will be mostly virtual this year
Next Post
Cartoon of the Day: Presidential 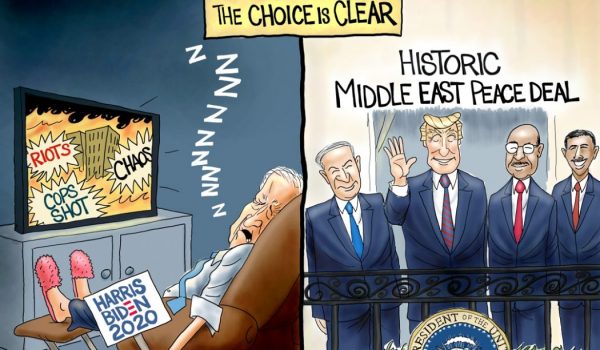