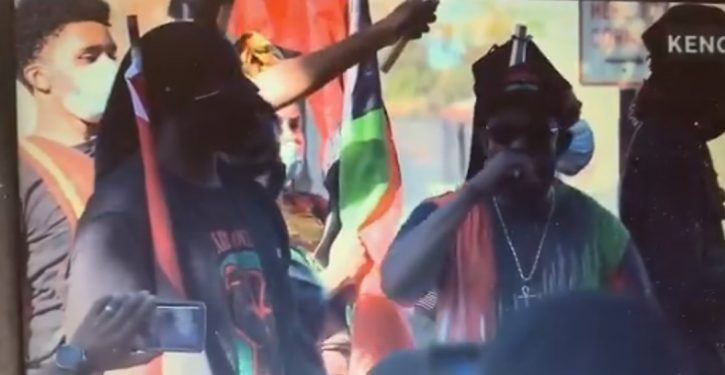 Jacob Blake protest speaker calls for an eye for an eye. Twitter video

A speaker at a ‘Justice for Jacob’ march threatened a race war through physical revenge for perceived injustices saying, “If you kill one of us, it’s time for us to kill one of yours.”

The march, held in Wisconsin this past Saturday, was designed to protest the officer-involved shooting of Jacob Blake and featured several impassioned speakers, including Democrat lieutenant governor Mandela Barnes.

Organizers of the event told NBC 15 that they are “hopeful when they see the community coming out to support the protests and the Black Lives Matter movement” while chants of BLM and “white silence is violence rang out.”

Toward the end of the protest, one speaker identified as “our president” delivered the real violent rhetoric

“I know everybody don’t want to hear that.  But damn why are we the ones who have to keep burying ours and got to keep clean for you to see us as being human?” he continued. “We ain’t never did nothing to nobody.”

A speaker in Kenosha at a#PeacefulProtest said

Looks like the #BLM/#Antifa terrorists in Portland heard him pic.twitter.com/tCU2x3hT4g

Jacob Blake DID Do Something to Somebody

First, let’s address that last line – “We ain’t never did nothing to nobody.”

You might not have personally, but the man you are protesting on behalf of, Jacob Blake, certainly did a lot to a lot of people.

Police scanner audio revealed that Blake was trespassing and took a woman’s keys, and officers were advised before the confrontation that he had a warrant for a violent felony and two misdemeanors.

He also reportedly had a dark history with local law enforcement.

And a video of the incident shows Blake ignoring commands from Wisconsin police officers, physically fighting with them, being tasered unsuccessfully twice, and then lunging into his vehicle for what was reportedly a knife.

So yea, he kind of did something.

Unfortunately, the violence this ‘Justice for Jacob’ speaker is advocating for is not an isolated incident.

Rioters have been roaming the streets, echoing mullahs in Iran by chanting “Death to America.”

I never thought I'd see people chanting "death to America" in the streets of America.pic.twitter.com/YUDdb1unzb

A BLM leader in New York told Fox News host Martha MacCallum that “if this country doesn’t give us what we want, then we will burn down this system and replace it.”

Equally as unfortunate is that the mob seems to be taking these words to heart.

Police in Los Angeles responded to reports that someone may have fired a shot into a car caravan of supporters of the President on Sunday.

And in Portland, a BLM and Antifa supporter – allegedly – has been arrested for shooting and killing Patriot Prayer’s Aaron ‘Jay’ Danielson, a supporter of President Trump.

Protesters are saying ‘a life for a life’ while others are actually taking lives. When will Democrat lawmakers in these cities finally step up and end the violence? 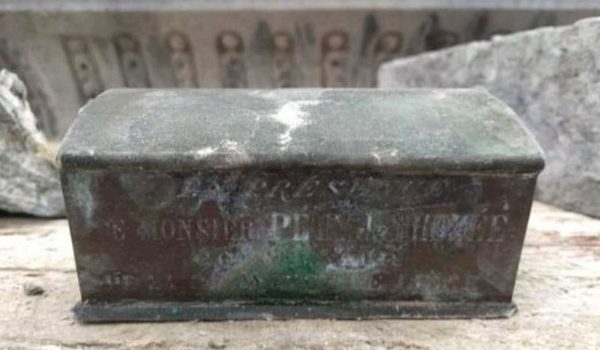