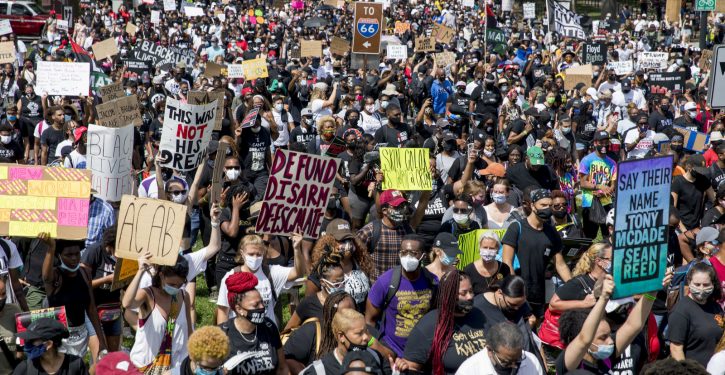 Here we go again. Friday morning, the media were all over Donald Trump like white on rice for giving his renomination acceptance speech on the South Lawn of the White House the night before. “Trump closes RNC with a potential super-spreader event,” blared the title of a Los Angeles Times article that went on to lament:

The final night of the Republican National Convention featured President Trump delivering his lengthy acceptance speech for the party’s nomination from the South Lawn of the White House, addressing an in-person audience of 1,500 largely maskless supporters, most of whom sat inches rather than feet apart and sweated profusely in the August heat as they clapped, whistled and chanted, “Four more years!”

But enough of Donald Trump and his bid for a second term. That is the gist of a headline by Washington Post “conservative” op-ed writer Jennifer Rubin that reads “What a difference a day makes: A reprise of the March on Washington.” Here’s the opening paragraph:

President Trump’s excessively long, self-congratulatory acceptance speech had all the charm and understatement of a 1930s totalitarian pageant. The use of gaudy decorations, the heap of lies, the fearmongering and the association of the leader with the state would have been appropriate in any tin-pot dictatorship.

That was Thursday night. On Friday came the counterpoint to authoritarian excess.

A second Post column, dedicated exclusively to the march dubbed dubbed “Get Your Knee Off Our Necks” begins:

Thousands of protesters gathered Friday at the Lincoln Memorial to call for overall criminal justice restructuring and racial equality while honoring the 57th anniversary of the Rev. Martin Luther King Jr.’s “I Have a Dream” address from the same location.

Er… thousands of protesters? Even if the all of them were wearing masks — and they weren’t — how is a thousands-deep throng marching in close ranks in the same August heat, mind you, not a super-spreader event? The ever-reliable CNN hazarded an answer to that question by inviting a “health expert” to weigh in:

CNN guest Dr. Rob Davidson says that social distancing isn't as big of a concern at the March on Washington as it was last night at President Trump's speech because "this is a public health crisis they are marching against. Systemic racism has taken so many lives in this country" pic.twitter.com/OlrY3yMmin 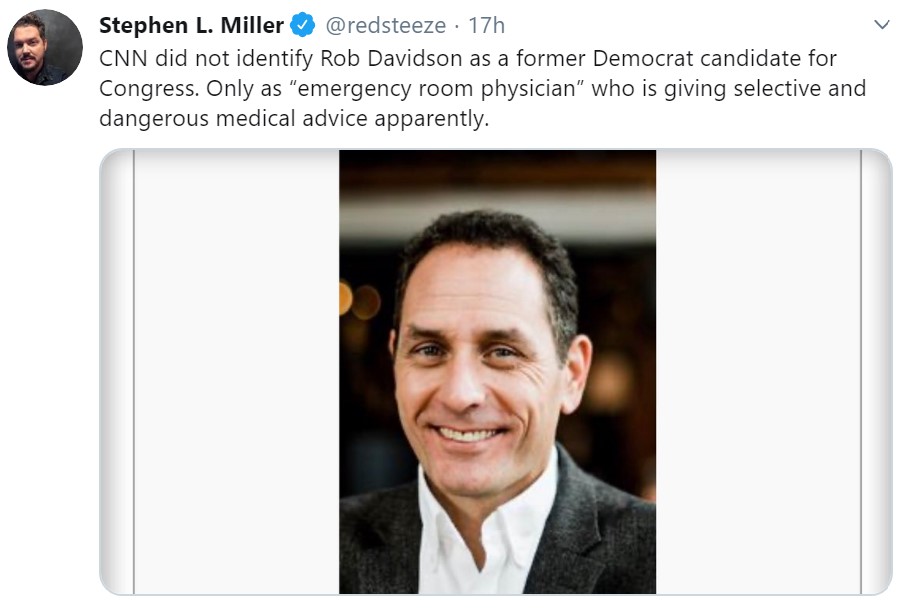