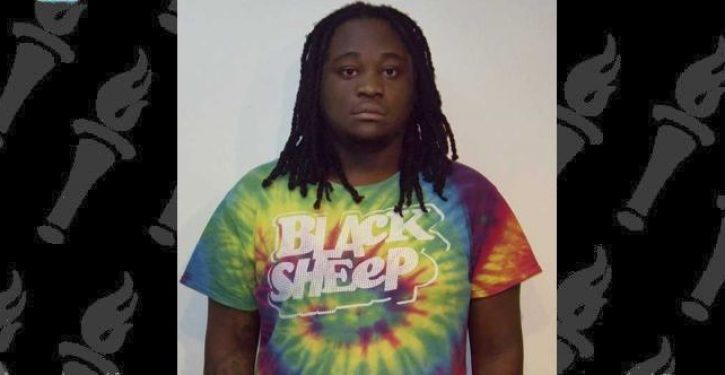 You had to figure it was only a matter of time before headlines like this began to crop up. This is not to cast aspersion on any one race — that’s a specialty of the Left — but we are now facing a specter similar to the one Barack Obama conjured up in 2014 after repeatedly painting all police officers as racists. Angry members of the resistance began using cops during routine traffic stops or seated in parked patrol cars for target practice.

Now after three months of a steady diet of racism claims leveled at the president peppered with speeches about “racial injustice,” the chickens have come home to roost. Yesterday it was a stabbing of a white man carried out amid shouts of “black lives matter.” Today it’s this, according to the Associated Press reports via ABC South Carolina affiliate WJCL:

A man has been accused of firing gunshots at a gathering of President Donald Trump’s supporters along a road in South Carolina.

Marquise Damarius Asomani, of Charlotte, North Carolina, was arrested after police responded to a report of shots fired Monday evening in Fort Mill, the Fort Mill Police Department said in a statement Tuesday.

About 30 people had gathered and were waving American flags and holding up “Trump” signs, said Sgt. Bill Rhyne with the South Carolina Highway Patrol.

On the same day, Trump had made a brief stop at an airport in Greer, about 90 miles (140 kilometers) west of Fort Mill, after addressing the Republican National Convention in Charlotte, North Carolina.

Despite the fact three people were suspected of involvement in the shooting, two were released without charges. Asomani alone was taken into custody. He has been charged with six counts of assault and battery “of a high and aggravated nature.” His bond was set at $75,000.

Another shooting occurred in South Carolina on Monday when 23-year-old Hshm Tysheem Walters III murdered two occupants of a motor vehicle execution-style after a minor accident. So far, no motive for the crime has been cited.

Americans support NBA players strike over Jacob Blake by a staggering 2-to-1 margin
Next Post
If the election were held today, Donald J. Trump would be re-elected