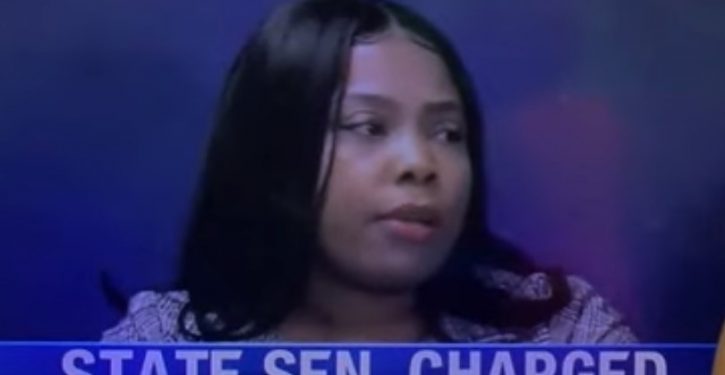 A Democratic Tennessee state senator has been charged with theft and embezzlement of federal funds which she allegedly used to pay for vacations, handbags and other personal expenses, the Department of Justice announced Wednesday.

Prosecutors with the U.S. Attorney Western District of Tennessee said that Tennessee state Sen. Katrina Robinson, 39, received more than $2.2 million in federal grants between 2015 and 2019 for a vocational training school she founded, The Healthcare Institute (THI). Robinson is accused of stealing over $600,000 from the school and using it for personal reasons.

During the period when the school received the grant funds, Robinson allegedly “stole in excess of $600,000 from THI by compensating herself in excess of what was allowed under the terms of the HRSA grant and by using Institute funds for payments and purchases for her own personal benefit and that of her immediate family,” the Department of Justice said in its indictment.

Federal grant money given to The Healthcare Institute was intended to “provide scholarships to low-income individuals,” and establish, “an educational program to train certified nursing assistants for employment assisting geriatric patients,” the complaint said. Instead, Robinson allegedly used the money to benefit herself and her family, according to the Justice Department.

The FBI said they received an anonymous complaint from someone who claimed Robinson used THI fund to buy a $550 Louis Vuitton handbag, according to the Justice Department. (RELATED: ‘We Will Go After People’: Attorney General Barr Promises To Prosecute Rioters)

The investigators found that Robinson allegedly used taxpayer money to buy a Jeep for her daughter, designer clothing, and paid for expenses related to her wedding, honeymoon, and later divorce.

A body aesthetic business owned by Robinson called Celebrity Body Studio, a business operated by her children called Kool Kids Konez, and expenses related to her state senate campaign all allegedly received some of the stolen money, according to the Justice Department.

Robinson allegedly spent $16,000 at Best Buy, almost $17,000 at Amazon, and close to $9,000 related to the Memphis Grizzlies, an NBA team, according to the complaint. (RELATED: Border Patrol Union Missing Half A Million Dollars In Massive Embezzlement Scheme: Report)

If convicted, Robinson faces a possible sentence of up to 20 years in federal prison, 3 years supervised release, and a $250,000 fine.