The clue solution is in on the newly released page of Peter Strzok’s handwritten notes on the Michael Flynn case: Obama, with the Logan Act, in the Oval Office.

It takes a small bit of elision to get there, because it appears from the notes that then-V.P. Joe Biden is the one who brought up the Logan Act.

And Obama’s role is recorded as telling his subordinates that the “right people” needed to be on this; i.e., the Flynn case.  Whatever Obama actually said, that’s a master of bureaucracy’s cagey way of saying “He ordered us to keep investigating Michael Flynn.”

Who’s the master of bureaucracy?  I agree with those who assume Strzok’s notes summarize an account by someone else of the 5 January 2017 Oval Office meeting.  There’s never been any information that Strzok was there.  I assume the someone else was James Comey, Strzok’s top boss.  The nature of the notes suggests Strzok was writing while someone was talking (presumably Comey).  From everything we know about Comey, it would be in character for him to debrief his team after such a meeting.

And we’ll see clearly the main purpose of that in just a moment.

I commend to you the analysis of Sean Davis and Mollie Hemingway at The Federalist, along with useful summaries from Zachary Evans at NRO and Daniel Chaitin and Jerry Dunleavy at the Washington Examiner.

The page of notes can be viewed here. (Or below.)

Peter Strzok’s Notes Co… by The Federalist on Scribd

Obviously, the focus from other analysts has been on Biden bringing up the Logan Act, Obama’s “right people” comment, and Comey’s comment that the Flynn calls with Kislyak appear “legit.”

So let the record reflect that Comey said the calls the media and the FBI spent more than three years trying to rip Flynn’s flesh off with were “legit.”

Comey wants the record to reflect that, so by all means, let us concur.

Let the record also reflect – and I’m assuming Comey said this, which is why Strzok wrote it down – that Obama is the one who gave the order to keep investigating Flynn.

We can assume Comey said Obama spoke before that of these being “unusual times.”  That’s Obama’s justification for expressing the sense that the probe needed to continue: unusual times.

But there’s one more thing Comey said.  Other than transcribing it from the handwritten copy, I haven’t seen anyone address it directly.

It’s in the second line of the unredacted text, which Sean Davis and Mollie Hemingway have typed up in handy form.

It’s the portion that reads: “D-DAG: lean forward on [unclass?]”

Davis and Hemingway seem uncertain that they’ve read the handwritten word correctly, but I believe they have.  Strzok wrote down “unclass,” which is a common way to abbreviate “unclassified” in informal note-taking.

So that line means “Comey (the director) and Yates (the deputy attorney general) discussed ‘leaning forward on unclassified (information),’ in a meeting with the president.”

The line appears on Strzok’s page of Flynn case notes, which means Comey and Yates referred to this point in conjunction with discussion of the Flynn case.

It isn’t clear what the comment itself means.  It’s cryptic, although we can assume Strzok understood its import.  I’m not fully satisfied with the following possibility, but it would fit the circumstances.  Recall, as we consider it, that Obama also asked if there were anything he should refrain from telling the incoming Trump team.

That question wasn’t peculiar to Flynn.  It was a reference to the Obama administration perspective on Trump’s team as a whole, including – clearly – Trump himself, as Obama’s use of the “executive I” pronoun indicates.  Whatever exact words he used, Obama’s meaning would be about “telling Trump,” his own counterpart, through or along with Trump’s team, rather than meaning that “he” (President Obama) might be bothered to “tell” things to Trump’s aides.

Now, what was the “bombshell” item reviewed in that Oval Office meeting, and whom did it refer to?  It wasn’t the Intelligence Community Assessment (ICA) on Russia, nor was it Flynn’s phone calls.

It was the Steele dossier; and it referred to Trump (at that point, Flynn’s boss).  And the Steele dossier was unclassified material.  It came from a commercial-services source, sold as a product by Orbis to Fusion for Hillary and the DNC.

The dossier represented a form of unclassified product with which to – in Obama’s phrasing – keep the “right people” on Flynn, and on anyone else on Trump’s team.  The dossier underlay the FISA authorization on Carter Page, which was what enabled Obama to keep the entire Trump transition team under electronic surveillance.  But, as we learned many (many) months later, the FBI had also been pursuing the dossier’s purported leads during the fall of 2016.

At the time Comey was summarizing the Oval Office meeting, the dossier was still a live document being probed for verification by the FBI.  In a formal sense, they were taking it seriously.

Significantly, that and the other information we have mean it wasn’t just “the dossier.”  It was a hub of evidence-cueing and evidence-gathering.  And it was – unclassified.  Activity swarmed around it, including activity by the media (made possible by its being unclassified), and cues to prompt activity from allies in Congress (made politically meaningful by its being unclassified).  It’s also important that the dossier invested the ICA on Russia with a sense of life it would never have had otherwise, considering the ICA was just a mishmash of already-knowns about Russian practices, with basically one unsubstantiated claim of super-secret intelligence about a direct order from Putin to drag it across the 2016 finish line.  The ICA needed the dossier, to have any aspect of immediacy or urgency.

The dossier, in sum, represented a whole investigative (more truthfully, an operational) vector to potentially “lean forward” on.

And please hear this next, very important point with your ears: the FBI already knew, separately, what Flynn’s and the other Trump team members’ telecom correspondence looked like.  They had been watching it under the Carter Page authorization for weeks.  They didn’t need to “lean forward” on that in any particular way: either to “dig up more” (they already had everything) or take further action based on it at the Bureau.

If electronic surveillance had revealed anything actionable, they wouldn’t have needed to lean forward on anything else.  But it didn’t.

That’s why Comey needed to establish that he had the green light to “lean forward” on something else.  The something he got into the record was the “unclass.”  Comey said he and Yates discussed “leaning forward on unclass” in what was effectively a presidential decision meeting.  By doing that, Comey got his green light into the record.

It may be that there was another form of unclassified material at issue in that brief allusion.  With Comey and Yates both addressing it, the reference may have been to pursuing a Logan Act vector — although that too is unsatisfactory, as there would be no particular reason to signify a Logan Act case with the word “unclass.”  But as I say, I’m not entirely satisfied with the Steele dossier as “the unclass.”  Consider the jury still out.

The “unclass” allusion did come right after the reference to COMINT “cuts” on Flynn, and might be seen as a contrast to the classified vector of electronic surveillance on Team Trump in general.  In that sense, and in the sense of combustive potential, the dossier was certainly the throbbingest-neon “unclass” that played a main role in the early January Oval Office meeting.

And it throbbed a hundred times more vividly starting a week later.  The publicity surrounding the dossier makes us forget that the FBI had already been vetting its claims as if it were a straightforward piece of evidence.  It makes us forget that, within weeks of that meeting, the FBI concluded that almost none of the claims panned out.  Both of those developments, as they occurred, were perfectly well known to Comey.

But the Oval Office meeting wasn’t just about Flynn; it was about Trump and his entire team, whose members might be useful for somehow bringing Trump down.  That’s why Obama spoke of “unusual times” and alluded to the “Trump transition team” (and why Comey needed to record him doing so).

Regardless of what else Comey knew when, as regards the “unclass,” he had his green light in the record of that meeting.  If the “unclass” was the Steele dossier, he had a green light to “keep vetting it” with an earnest look on his face, in order to keep the Carter Page authorization going.  If there were ever to be a formal means of charging and extorting Trump’s associates, the dossier’s narrative and its allusions to names and connections would be at the center of it.

We saw that reality play out in the Mueller report, and we’ve seen it verified in the Horowitz IG report on the Carter Page FISA saga.  Comey lined up the authority from Obama to proceed as he and then Mueller did – along with the cast of characters from DOJ and the FBI – for the next two-odd years.  Susan Rice switched on a squawking beacon about the Oval Office meeting as her final act on the way out the door, and eventually a cognizant entity heard it going off.

Comey needed that beacon to point to the meeting whose record contained his justification, alibi, and authority.  Other than that, whose “A” was supposed to be “CY’ed” by Rice’s email of 20 January 2017 can be parsed in different ways.  But what mattered for Comey was the series of Comey saids.  Comey probably commemorated them at the time in one of his own trademark memos for the record.  But Peter Strzok wrote them down, and now we see them as Comey meant them to be seen. 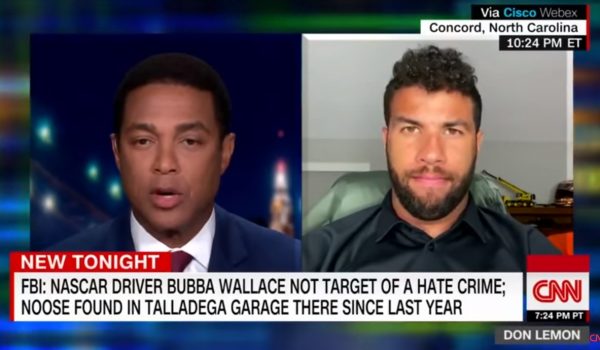