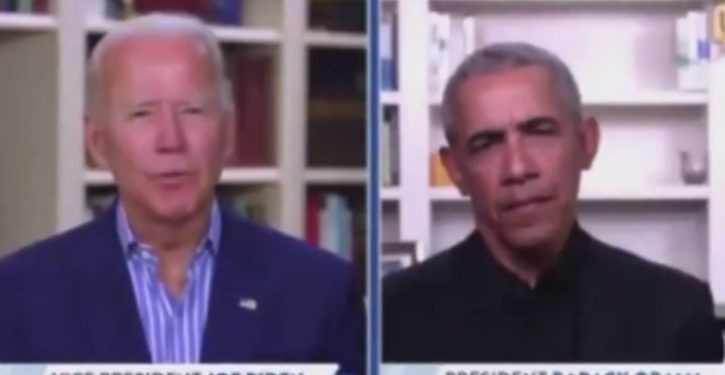 For many months, former Pres. Barack Obama refused to support, much less endorse, his former vice president in his bid for the White House. That all changed once it became obvious that Biden would become the Democrats’ nominee in 2020, though one gets the distinct sense watching the clip below that Obama sometimes wishes he could wash his hands of the whole affair.

The clip is from a virtual fundraiser held last Tuesday. The event, which NPR reports raised $7.6 million, opened with Obama telling supporters:

I am here to say the help is on the way if we do the work, because there’s nobody I trust more to be able to heal this country and get back on track than my dear friend Joe Biden.

But the help he was promising seemed to fall short of the help the 77-year-old Biden needs. Watch this painful monologue, but keep your eyes on Obama’s face as Biden stumbles through a few sentences of pure, unadulterated gibberish. A transcript follows, though it doesn’t quite do justice to the brain fart Biden experiences when he tries to enunciate sentence “Stop the cold war future.”

… [M]ass migration, destructive impacts of technology, strengthen the global health security. Stop — stop the [pause] cold [pause] war future that we’re talkin’ about. I’m talking about a peaceful cold war. What are we talking about?

Interesting question. It’s clear that Obama has no idea. Neither do the lunatics who forked over nearly $8 million after hearing their candidates verbal struggles. (RELATED: When are Democrats going to face the reality that Biden has cognitive issues and pull the plug?) 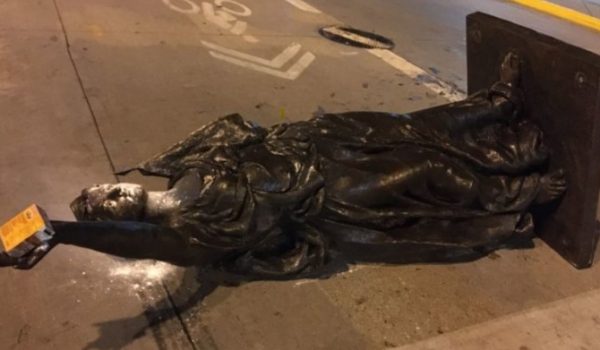 I don’t care what you stood for. If you’ve got a statue, it’s coming down
Next Post
BREAKING: Appeals court orders D.C. District Court to drop charges against Michael Flynn