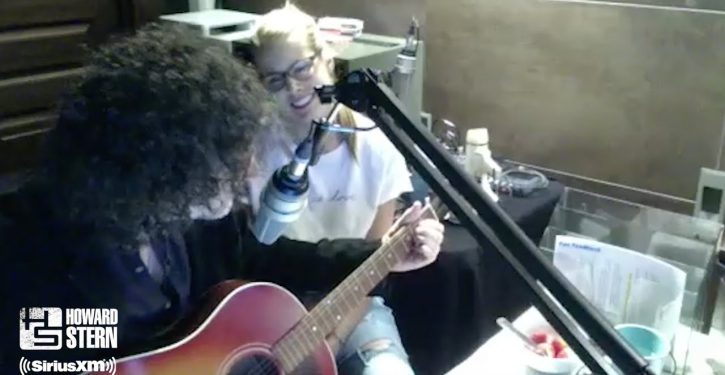 Shock jock Howard Stern went on an expletive-fueled rant against Trump supporters, claiming the president hates them just about as much as he does.

Stern made the comments during a Tuesday broadcast on his SiriusXM show.

“One thing Donald loves is celebrities, he loves the famous. He loves it. He loves to be in the mix,” Stern told his listeners, a fact many people already grasp.

“The oddity in all of this is the people Trump despises most, love him the most,” he continued. “The people who are voting for Trump for the most part … he wouldn’t even let them in a f*cking hotel. He’d be disgusted by them.”

Howard Stern – “The oddity in all of this is the people Trump despises most, love him the most,” pic.twitter.com/jUqGlxW65J

After suggesting the proof of his claims lay in the fact that “people who look like you,” the average Trump supporter, do not get invites to Mar-a-Lago, Stern really let loose.

“I don’t hate Donald,” Stern said. “I hate you for voting for him, for not having intelligence.”

“I hate you,” he continued speaking to the president’s supporters. “I don’t want you here. I want to build a wall and throw you the f*ck out.”

He suggested the patriotic thing for Trump to do would be to resign by admitting, “‘I’m in over my head and I don’t want to be president anymore.’”

Stern’s flash point seems to be the president’s coronavirus response, in which he admits to being duped by the media into believing that Trump advised people to drink bleach. Stern, after all, isn’t exactly a Mensa candidate.

“I’ll vote for the wall over a guy [Trump] who tells me that I should pour Clorox into my mouth,” he said in a broadcast last month.

Stern explained that he’s “all in” for Joe Biden in the upcoming election, while joking that he wished the president and his followers would all drink bleach at a rally and die.

The man who built his entire career on trying to get people to react to outrageous comments seems to be in the minority on this. A recent poll shows that more Americans trust the president on handling the coronavirus crisis than they do Biden.

Maybe Stern hates most Americans and his listeners as well.

As North Carolina and Arizona go, so goes the nation?
Next Post
Biden: Pandemic has cost us 85,000 jobs, millions of lives